Abdul Wahid Omar (Abdul Wahid bin Omar) was born on 1964 in Johor Bahru, Malaysia, is a Former Minister in the Prime Minister’s Department of Malaysia. Discover Abdul Wahid Omar’s Biography, Age, Height, Physical Stats, Dating/Affairs, Family and career updates. Learn How rich is He in this year and how He spends money? Also learn how He earned most of networth at the age of 56 years old?

We recommend you to check the complete list of Famous People born on .
He is a member of famous Banker with the age 56 years old group.

Who Is Abdul Wahid Omar’s Wife?

Abdul Wahid bin Omar (Jawi: عبدالواحد بن عمر; born 1964) is the non-executive chairman of Bursa Malaysia since 1 May 2020. He is also the chairman of the board of directors of Universiti Kebangsaan Malaysia (UKM), one of Malaysia top universities, since 1 November 2018.

In a statement, Abdul Wahid admitted that being appointed (non-elected) as one of the Minister in the Prime Minister’s Department is a humbling experience for him. He pledged that he will do everything in his power to help Malaysia in achieving the vision 2020 vision. He stated that he will use his vast banking experience to help Malaysia by applying it in his department.

He was appointed as the chairman of Bursa Malaysia, the country’s stock exchange on 17 April 2020 by the Minister of Finance, Tengku Zafrul Aziz. His term of office started on 1 May, following the retirement of his predecessor, Shireen Ann Zaharah Muhiudeen. The share price of the stock exchange rose following the announcement.

On 29 June 2018, his resignation as the Group Chairman was confirmed by PNB and Malaysia’s former Bank Governor Zeti Akhtar Aziz was announced to succeed his position.

Abdul Wahid was appointed as the new chairman of Universiti Kebangsaan Malaysia (UKM) board of directors on late 2018 to replace the leaving chairman, Tan Sri Dr Ibrahim Saad. He is scheduled to held the post from 1 November 2018 until 10 October 2021.

He was the former Group Chairman of Permodalan Nasional Berhad (PNB), a Malaysia’s government-linked investment company and one of the country’s largest fund management company from August 2016 to June 2018. Previously, he was appointed as a Senator and Minister in the Prime Minister’s Department in charge of Economic Planning, serving from June 2013 to June 2016. He is also known as the former President & CEO of Maybank from 2008 to 2013, Malaysia’s largest public listed company and one of the leading financial services groups in Southeast Asia. His major contribution to corporate world is overseeing the turnaround of UEM Group, Telekom Malaysia and Maybank.

He was appointed as Group Chairman of Permodalan Nasional Berhad (PNB) on 1 August 2016 following the completion of his term as a Senator and Minister in the Prime Minister’s Department. Under his leadership, PNB increased its syariah-compliant investment and financing product with the goal for Malaysia to be the centre of global Islamic banking.

Abdul Wahid was appointed as a Minister in the Prime Minister’s Department in charge of Economic Planning on 5 June 2013. He oversees a number of government agencies such as Economic Planning Unit, Public-Private Partnership Unit (UKAS), Department of Statistics, Ekuiti Nasional Berhad (EKUINAS) and Talent Corporation (TALENCORP), TERAJU and Yayasan Pendidikan Peneraju Bumiputera.

After 18 months, assets and deposits grew faster, customer service enhanced, asset quality improved and profit after tax bounced back to a record RM3.8 billion for financial year 2010. Maybank was back as the number one bank in Malaysia and the most valuable company listed on Bursa Malaysia.

With over 28 years of corporate and public sector experience, Abdul Wahid has led three major organisations in financial services, telecommunications and infrastructure development. He led the transformation of Telekom Malaysia into a regional telecommunications group (prior to its demerger with Axiata in 2008) and spearheaded the turnaround of the UEM Group, Malaysia’s leading infrastructure conglomerate following its takeover by Khazanah Nasional in 2001.

He addressed the fundamentals of the business; organisationally, culturally, customer service wise and business wise. As a part of the efforts to enhance shareholder value, it was decided that the TM Group would be better off being demerged into two separate listed entities. TM International (now known as Axiata Group) with Celcom and other regional mobile communications business under its wings were successfully demerged and listed on Bursa Malaysia in April 2008.

In May 2008, Abdul Wahid was appointed as President and CEO of Maybank, replacing Tan Sri Amirsham Abdul Aziz who was appointed as a Minister in the Prime Minister’s Department in charge of the Economic Planning Unit (EPU) after the 12th General Election.

In the three months prior to his arrival, Maybank finalised three major acquisitions’, An Binh Bank in Vietnam, Bank International Indonesia (BII) and MCB Bank in Pakistan. He faced three major challenges in the first few months at Maybank. Firstly, he had to follow through on the three major acquisitions costing some RM11 billion and to raise the necessary equity and debt capital required to fund the acquisitions. Second, to deal with the Global Financial Crisis that was unfolding with the collapse of Lehman Brothers, among others, in September 2008. And third, to improve the financial performance of Maybank.

Abdul Wahid returned to Telekom Malaysia (TM) as CEO in July 2004 as part of the larger transformation plan of Government-linked companies (GLCs). He was given a mandate to transform TM into a regional telecommunications company with a particular emphasis on mobile communications. His experience in turning around UEM Group and being the CFO of TM before had given him a very conducive environment to carry out the mandate.

Abdul Wahid joined Telekom Malaysia as a Chief Financial Officer (CFO) on 1 March 2001 before he was appointed as Managing Director cum Chief Executive Officer (CEO) of UEM Group in October 2001. UEM Group (then UEM-Renong Berhad Group) was in the middle of debt restructuring plan when Abdul Wahid took over. It led to the takeover by Khazanah Nasional in 2001 which received mixed reactions by the public. The first step that Abdul Wahid did to address these predicaments was to unlock the value of its highway concessions led by PLUS Expressways. The toll concession was reviewed to lower the toll rate increase (from 5% pa to 3.2% pa) but increased every 3 years. This allowed space for UEM’s debts to be restructured and thereafter undertook its IPO listing on Bursa Malaysia in July 2002. Another step taken by Abdul Wahid was to dispose the non-core assets in order to reduce the Group’s debt to a more manageable level.

Abdul Wahid was born in Johor Bahru, Johor, in 1964 and was the ninth child out of eleven siblings. He received his secondary education at MRSM Seremban from 1977 to 1981 before furthering his study to United Kingdom under Majlis Amanah Rakyat (MARA) scholarships. 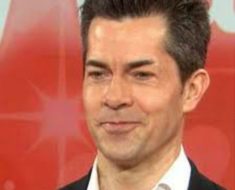