Alan Lourens was born on 1966, is a Head, UWA Conservatorium of Music. Discover Alan Lourens’s Biography, Age, Height, Physical Stats, Dating/Affairs, Family and career updates. Learn How rich is He in this year and how He spends money? Also learn how He earned most of networth at the age of 54 years old?

He net worth has been growing significantly in 2018-19. So, how much is Alan Lourens worth at the age of 54 years old? Alan Lourens’s income source is mostly from being a successful . He is from . We have estimated Alan Lourens’s net worth, money, salary, income, and assets.

In 2016, the New Zealand Euphonium Virtusoso Riki McDonnell performed the world premier of his Euphonium Concerto (for Euphonium and Orchestra) with the composer conducting. This work, like most of his output, is tonal and melodic. Lourens has also written other solo works for Euphonium and Cornet, and works for Concert and Brass Band. His most popular works are arrangements; Czardas by Vittorio Monti (for Euphonium and various ensembles) and Bluebells of Scotland for Tuba and Band, which is listed in the “Guide to the Tuba Repertoire”. The Trumpet/Cornet player Sean Priest commissioned and recorded two arrangements for his album “Crossover”, featuring Priest and the Kew Brass Band.

Lourens directs WA Brass, one of Australia’s leading British-style brass bands with which he has been associated since 1983, as well as conducting the UWA Orchestra, and has previously directed the UWA Wind Orchestra. Lourens previously conducted the University Wind Orchestra, which was an amalgamated ensemble of the UWA and ECU, which was cited as one of the first tertiary wind groups in the country. He has also been a guest conductor with the Fremantle Symphony Orchestra, Philharmonic Winds (Singapore), and others across Australia.

Alan Lourens (born 1966) is a classical musician, composer, euphonium player and conductor from Perth, Western Australia. He is the head of the UWA Conservatorium of Music, a position to which he was appointed in 2012, and reappointed in 2016. He was also appointed as a full Professor of Music in 2016. Lourens holds Doctor of Music (1999), Master of Music (1992) and Performance Certificate (1992) qualifications from Indiana University, where he studied Wind Conducting and Euphonium Performance. He also holds a Bachelor of Education from the WA College of Advanced Education. Previously he has held positions in Singapore, Dubai and WAAPA. His name was also associated with a possible appointment as Head of the ANU School of Music. In 2009, he was elected as a Fellow of the Royal Society of Arts (FRSA). 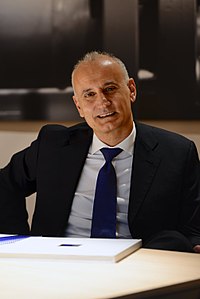 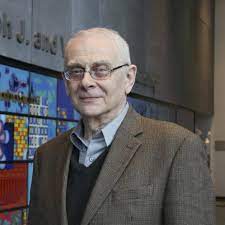