Armstrong Williams was born on 5 February, 1962 in Marion, South Carolina, United States, is an American political writer. Discover Armstrong Williams’s Biography, Age, Height, Physical Stats, Dating/Affairs, Family and career updates. Learn How rich is He in this year and how He spends money? Also learn how He earned most of networth at the age of 58 years old?

We recommend you to check the complete list of Famous People born on 5 February.
He is a member of famous with the age 58 years old group.

These transactions made Williams the largest African-American owner of television stations in the United States at the time. In 2019, Byron Allen surpassed Williams with his purchase of most of the assets of Heartland Media.

On April 24, 2018, Sinclair announced that as part of its merger with Tribune Media, Howard Stirk Holdings would have acquired Sinclair-owned KUNS-TV in Seattle and KMYU in St. George, Utah, and Tribune-owned KAUT-TV in Oklahoma City. This transaction was canceled once the Tribune deal collapsed in August 2018.

Williams is a longtime associate of HUD Secretary Ben Carson and was an influential surrogate during Carson’s 2016 presidential campaign.

On January 28, 2015, Intermountain West Communications Company filed to sell KVMY to Howard Stirk Holdings. HSH had agreed on January 14 to purchase for $150,000 the stock of the Sinclair subsidiary that was a party to IWCC’s sale of KSNV-DT and currently holds the license of KVCW; KVCW and KSNV themselves remain under Sinclair ownership. The transaction was finalized on October 30. Howard Stirk Holdings revealed in its January 2015 application to purchase Las Vegas station KVMY that it again planned to acquire the WLYH-TV license from Nexstar Broadcasting Group. The sale was completed on November 12, 2015.

On December 4, 2014, the FCC approved the transfer of station licenses for WMMP, Charleston, South Carolina, WCFT-TV, Tuscaloosa, Alabama, and WJSU-TV, Anniston, Alabama from Sinclair to Howard Stirk Holdings. Under the arrangement, HSH would operate their future acquisitions as an independent broadcaster, forgoing agreements with third-parties.

After the USA Today revelations, Tribune Media Services (TMS) terminated its syndication agreement with Williams. In a statement to Editor & Publisher (E&P), TMS stated: “[A]ccepting compensation in any form from an entity that serves as a subject of his weekly newspaper columns creates, at the very least, the appearance of a conflict of interest. Under these circumstances, readers may well ask themselves if the views expressed in his columns are his own, or whether they have been purchased by a third party.” In response, Williams initially told E&P that he intended self-syndicate his column. E&P contacted 10 newspapers listed as clients on Williams’s Web site to ask if they would continue to carry the column; the majority stated that they would not. Williams later told the Associated Press the following: “Even though I’m not a journalist — I’m a commentator — I feel I should be held to the media ethics standard. My judgment was not the best. I wouldn’t do it again, and I learned from it.”

On November 25, 2013, Williams was involved in the purchase of two television stations as part of a larger $370 million acquisition of Barrington Broadcasting by Sinclair Broadcast Group. Howard Stirk Holdings, which Williams owns, was given ownership over NBC affiliate WEYI-TV in Flint-Saginaw-Bay City, Michigan and CW affiliate WWMB in Myrtle Beach-Florence, South Carolina. The name of the company came from both William’s mother’s middle name Howard, and his father’s middle name, Stirk. Both stations remain operated by Sinclair under a local marketing agreement, which resulted in allegations that the company was simply acting as a “sidecar” of Sinclair to skirt FCC ownership rules. Williams defended the allegations, noting that he had full control over their programming, and received the majority of their revenue.

Williams began hosting a nightly talk show in 2008 on XM Satellite Radio Power 128 (now SiriusXM Urban View) called The Armstrong Williams Show. Williams’ radio program features his own opinions, values, and ideology related to political and current issues. In June 2018, it was announced that Williams was leaving radio to focus more on his television company.

In January 2005, USA Today reported that documents obtained under the Freedom of Information Act revealed that Williams had been paid $240,000 to promote the controversial No Child Left Behind Act. USA Today reported that Williams was hired “to promote the law on his nationally syndicated television show and to urge other black journalists to do the same.” As part of the agreement, Williams was required “to regularly comment on NCLB during the course of his broadcasts”, and to interview Education Secretary Rod Paige for TV and radio spots that aired during the show in 2004. The contract with Williams was part of a $950,000 contract between the U.S. Department of Education and the public relations company Ketchum Inc.

On September 30, 2005, the Government Accountability Office released a report concluding that the Department of Education had acted illegally in making the payments because the government’s role in the public relations effort was not disclosed.

In 2003, Williams launched his own company, The Right Side Productions, which produces and syndicates, with Langer Broadcast Radio Network, his television program to media outlets including Sky Angel and The Liberty Channel. Williams was hired as a political analyst by Sinclair Broadcasting Group for its News Central program.

In 1998, Williams united with The Salem Radio Network, which syndicated his national radio show to 26 of the top radio markets in the country. In 2002, he reunited with the Newark, New Jersey-based Talk America Radio Network. Williams joined the lineup at WWRL 1600 AM, New York’s Urban Talk in March 2005 as co-host with Sam Greenfield on Drive Time Dialogue.

Williams has settled sexual harassment lawsuits with two men, one in 1997 and one in 2017.

One of ten children, Armstrong Williams was born on February 5, 1962, to Thelma Howard Williams and James Williams, in Marion, South Carolina. Williams was reared on the family’s 200-acre tobacco farm. Graduating in 1981 from South Carolina State University, he received his B.A. in Political Science and English. He is a life member of Phi Beta Sigma fraternity. 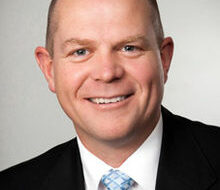 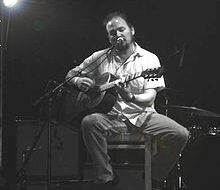 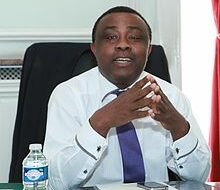