Bill O’Chee was born on 19 June, 1965 in Brisbane, Australia, is an Investment banker. Discover Bill O’Chee’s Biography, Age, Height, Physical Stats, Dating/Affairs, Family and career updates. Learn How rich is He in this year and how He spends money? Also learn how He earned most of networth at the age of 55 years old?

We recommend you to check the complete list of Famous People born on 19 June.
He is a member of famous with the age 55 years old group.

He net worth has been growing significantly in 2018-19. So, how much is Bill O’Chee worth at the age of 55 years old? Bill O’Chee’s income source is mostly from being a successful . He is from Australian. We have estimated Bill O’Chee’s net worth, money, salary, income, and assets.

In November 2011, O’Chee alleged that in 1998, News Limited had attempted to bribe him to cross the floor and vote in their financial interests.

In 2001 he defected to the Liberal Party and subsequently became a member of the Liberal National Party when the two parties merged in Queensland.

He was also National Party whip in the Senate from 1993 to 1999, and chairman of the Immigration and Multicultural Affairs Policy Committee.

Bill O’Chee was appointed to the Senate in 1990 to a casual vacancy caused by the resignation of John Stone. He was the first ethnic-Chinese Australian to become a member of the Parliament of Australia. At age 24, he was also the youngest person to have become a senator, until the appointment of Jordon Steele-John (aged 23) in 2017.

Later, O’Chee represented Australia in the sport of skeleton from 1989 to 2002 at World Cup and World Championship races. He was the first Australian to achieve a “top half” finish in a world championship in bobsleigh, skeleton or luge. His highest world cup placing was 17th in Cervinia in 1990. He also achieved a number of top 20 finishes in World Cup races. His highest FIBT World Championships placing was 21st in St Moritz in 1998.

William George O’Chee (born 19 June 1965) is an Australian politician. He was a National Party member of the Australian Senate from 1990 to 1999, representing the state of Queensland. 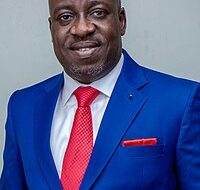