Boris Matrosov was born on 1965 in Moscow, Russia. Discover Boris Matrosov’s Biography, Age, Height, Physical Stats, Dating/Affairs, Family and career updates. Learn How rich is He in this year and how He spends money? Also learn how He earned most of networth at the age of 55 years old?

He net worth has been growing significantly in 2018-19. So, how much is Boris Matrosov worth at the age of 55 years old? Boris Matrosov’s income source is mostly from being a successful . He is from Russia. We have estimated Boris Matrosov’s net worth, money, salary, income, and assets.

2009 — A Frozen Bear or a Russian Story as a Global Puzzle. Kunsthal Den Helder, Netherlands

2007 — The Future Depends on You. Pierre-Christian Brochet Collection. Moscow Museum of Modern Art

2006 — Conversation between a Deaf and a Dense Person. VP Studio, Moscow

2006 — The Last Romantics of the Soviet Union. Zverev Center of Contemporary Art, Moscow

After the group broke up, Matrosov continued to work solo. He created “images of images” of the everyday world: interiors and landscapes painted minimally using black lines and monochrome color. In 2005, he made a text object Happiness Is Not Far, for the Art-Pole Festival, curated by Aidan Salakhova. The object was later installed on a riverbank in Perm, becoming an unofficial symbol of the city. In 2016, Matrosov made an object No, She Couldn’t Have Known How It Would All… (based on the text from his earlier work) on the rooftop of Garage Museum of Contemporary Art

2003 — Guide to Miming with a Guitar (with A. Petrelli and A. Kuznetsov), Ulitsa OGI, Moscow

Boris Igorevich Matrosov (born 1965, Moscow) is a Russian artist, former member of the art group World Champions and Chair of the Avant-garde Club (CLAVA). Matrosov is best known for his work Happiness Is Not Far on a Perm riverbank.

Boris Matrosov was born in 1965 in Moscow. From 1986 to 1988 he was a member of World Champions (with Konstantin Latyshev, Andrei Yakhnin, Giya Abramishvili, and Konstantin Zvezdochetov, who was part of the group in its early days). In 1988, he was the Chairman of the Moscow Avant-Garde Club (CLAVA). From 1988 to 1990 he worked in the studios in Furmanny Lane, and from 1990 to 1994 at Chistye Prudy. He has been a member of the Moscow Union of Artists since 1994 and is currently based in Moscow. 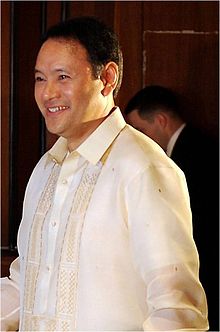 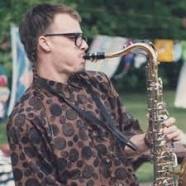