Charlotte Jones Anderson was born on 26 July, 1966 in Springfield, Missouri, United States, is an Executive Vice President and Chief Brand Officer of the Dallas Cowboys. Discover Charlotte Jones Anderson’s Biography, Age, Height, Physical Stats, Dating/Affairs, Family and career updates. Learn How rich is She in this year and how She spends money? Also learn how She earned most of networth at the age of 54 years old?

We recommend you to check the complete list of Famous People born on 26 July.
She is a member of famous with the age 54 years old group.

Who Is Charlotte Jones Anderson’s Husband?

Anderson introduced an approach to fund-raising on the world-wide stage by focusing a national television audience on Cowboys Stadium and the unique opportunity to kick off the Salvation Army’s Red Kettle Campaign. Anderson set the wheels in motion to help the Army raise 1.6 billion dollars and touched lives across the globe by combining the Dallas Cowboys and top flight musical entertainers featured on network television during one of the most popular NFL games of the season annually since 1997.

She oversees all strategies and applications surrounding the team’s brand as it is presented to fans world-wide, and she is in charge of the marketing department of the Cowboys which includes the Dallas Cowboys Cheerleaders and the mascot Rowdy. Both entities report to Anderson. Anderson’s 23 years of NFL experience have enabled her to become one of the most innovative and versatile front office executives among women in professional sports. Anderson participated in the Forbes 9th Annual CMO Summit in Miami.

Anderson spearheaded the Dallas Cowboys’ collaboration with Victoria’s Secret to launch the first ever Victoria’s Secret PINK store inside a professional stadium or arena. In September 2013, Anderson announced the Dallas Cowboys’ collaboration with Peace Love World, a luxury lifestyle brand, which rolled out an exclusive co-branded collection in the fall of 2013.

On June 26, 2016, Anderson was named as the 89th most important person in the National Football League by USA Today newspaper.

Charlotte Jones Anderson was announced as the chairman of the 2014 Final Four, which took place in April 2014. Besides that event, Jones Anderson was responsible for Cowboys Stadium playing host to some of highest profile sports and entertainment events in the world, including Super Bowl XLV, the 2010 NBA All Star Game, and the annual AT&T Cotton Bowl Classic.

In March 2013, Charlotte Jones Anderson won the Individual Arts Patron Award at the Texas Medal of Arts Awards. In September 2013, Anderson was named one of SportsBusiness Journal 2013 Game Changers as a Team Leader. Under Anderson’s guidance the Dallas Cowboys Cheerleaders were awarded The American Legion Distinguished Service Medal, the American Legion’s highest honor, for their dedication to community service and support for the United States military. In March 2017, Anderson was inducted into the Arkansas Sports Hall of Fame for Football Administration.

Before coming to the Cowboys, Anderson oversaw the office and legislative staff of U.S. Representative Tommy F. Robinson (R-Arkansas) as Chief of Staff from 1989-1990. She resigned shortly after Robinson began his 1990 bid for Arkansas governor.

A native of Little Rock, Arkansas, Charlotte Jones Anderson is a 1988 graduate of Stanford University where she earned a B.S. degree in human biology. She is married to Shy Anderson. The Andersons live in Dallas, Texas with their three children: daughter Haley and sons Shy (Spaulding) and Paxton. She is also the daughter of the owner/president/general manager of the Dallas Cowboys, Jerry Jones, the younger sister of Cowboys Executive Vice President/COO/Director of Player Personnel Stephen Jones, and the older sister of Cowboys Chief Sales and Marketing Officer and Executive Vice President Jerry Jones, Jr.

Charlotte Jones-Anderson (born July 26, 1966) is the Dallas Cowboys’ Executive Vice President and Chief Brand Officer. Anderson was appointed Chairman of the Salvation Army’s National Advisory Board in 2010 and is the first woman to ever serve in that role. In 2012, Anderson was named Chairman of the NFL Foundation and is responsible for spearheading philanthropic efforts in player care, youth football, and medical research. Anderson is the first woman to serve in this capacity for an NFL charitable institution, and the first woman to represent club ownership as leader of a major professional sports league foundation. 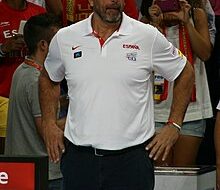 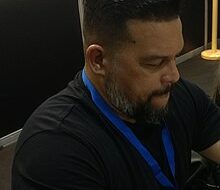