Delfeayo Marsalis was born on 28 July, 1965 in New Orleans, Louisiana, United States, is an American trombonist. Discover Delfeayo Marsalis’s Biography, Age, Height, Physical Stats, Dating/Affairs, Family and career updates. Learn How rich is He in this year and how He spends money? Also learn how He earned most of networth at the age of 55 years old?

We recommend you to check the complete list of Famous People born on 28 July.
He is a member of famous with the age 55 years old group.

Marsalis, with his father and brothers, are group recipients of the 2011 NEA Jazz Masters Award.

Delfeayo has recorded 8 of his own albums and is known for his work as a producer of acoustic jazz recordings. Along with Tonight Show engineer Patrick Smith, Delfeayo coined a phrase that was primarily responsible for the shift in many jazz recordings from rock and roll production to the resurgence of acoustic recording. “To obtain more wood sound from the bass, this album recorded without usage of the dreaded bass direct” first appeared on brother Branford’s Renaissance (Columbia, 1987), and became the single sentence to define the recorded quality of many acoustic jazz recordings since the late 1980s. He is a graduate of Berklee College of Music, and in 2004 received an MA in jazz performance from the University of Louisville.

Marsalis was born in New Orleans, the son of Dolores (née Ferdinand) and Ellis Louis Marsalis, Jr., a pianist and music professor. He is also the grandson of Ellis Marsalis, Sr., and the brother of Wynton Marsalis (trumpeter), Branford Marsalis (saxophonist), and Jason Marsalis (drummer). Delfeayo also has two brothers who are not musicians: Ellis Marsalis III (b. 1964) is a poet, photographer and computer networking specialist based in Baltimore, and Mboya Kenyatta (b. 1970) is autistic and was the primary inspiration for Delfeayo’s founding of the New Orleans-based Uptown Music Theatre. Formed in 2000, UMT has trained over 300 youth and staged eight original musicals, all of which are based upon the mission of “community unity”. 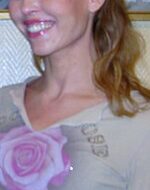 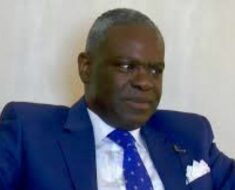