Elizabeth L. Branch was born on 30 March, 1968 in Atlanta, Georgia, United States, is an American judge. Discover Elizabeth L. Branch’s Biography, Age, Height, Physical Stats, Dating/Affairs, Family and career updates. Learn How rich is She in this year and how She spends money? Also learn how She earned most of networth at the age of 52 years old?

We recommend you to check the complete list of Famous People born on 30 March.
She is a member of famous with the age 52 years old group.

In 2020, she dissented in NAACP v. Alabama, arguing that voters cannot sue states for remediation under the Voting Rights Act.

On September 7, 2017, President Trump nominated Branch to serve as a United States Circuit Judge of the United States Court of Appeals for the Eleventh Circuit, to the seat soon vacated by Judge Frank M. Hull on December 31, 2017. On December 13, 2017, a hearing on her nomination was held before the Senate Judiciary Committee.

Branch was appointed by Governor Nathan Deal in 2013 to the Georgia Commission on Child Support. She is a member of the board of advisors of the Atlanta Lawyers Chapter for the Federalist Society.  L. Branch is serving on the Emory University board of visitors through 2018. She is a member of the State Bar of Georgia’s Appellate Practice Section and is a Master in the Lamar American Inn of Court and the Bleckley American Inn of Court. Branch is a former co-chair of the Homeland Security and National Defense Committee of the Section of Administrative Law and Regulatory Practice of the American Bar Association. She was selected for inclusion in Georgia Super Lawyers in 2012.

She began her legal career by serving for two years as a law clerk to Judge J. Owen Forrester of the United States District Court for the Northern District of Georgia. From 2004 to 2008, Branch served as a senior official in the administration of President George W. Bush. During this period, she served for three years as the Counselor to the Administrator of the Office of Information and Regulatory Affairs at the U. S. Office of Management and Budget, and for one year as the Associate General Counsel for Rules and Legislation at the United States Department of Homeland Security. Prior to ascending to the bench, Branch was a partner in the commercial litigation practice group at Smith, Gambrell & Russell, LLP in Atlanta, where she began her legal career in 1996. 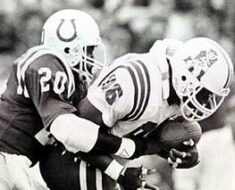