Fuat Oktay was born on 1964 in Çekerek, Turkey, is a 1st Vice President of Turkey. Discover Fuat Oktay’s Biography, Age, Height, Physical Stats, Dating/Affairs, Family and career updates. Learn How rich is He in this year and how He spends money? Also learn how He earned most of networth at the age of 56 years old?

He net worth has been growing significantly in 2018-19. So, how much is Fuat Oktay worth at the age of 56 years old? Fuat Oktay’s income source is mostly from being a successful . He is from Turkish. We have estimated Fuat Oktay’s net worth, money, salary, income, and assets.

Fuat Oktay (born 1964) is a Turkish politician, civil servant and academic serving as the first and current Vice President of Turkey since 10 July 2018. An Independent, he previously served as Undersecretary to the Prime Minister of Turkey from 2016 until his appointment to the vice presidency, following the creation of the office after the 2017 constitutional referendum.

Early general elections took place on 24 June 2018 to elect the president and 600 members of parliament to the Grand National Assembly. The Justice and Development Party (AKP) candidate Recep Tayyip Erdoğan won the presidency with 52.59% of the vote outright, nullifying the need for a second round. His party also won the most seats in Parliament, falling short of a majority with 295 MPs.

With the election of Erdoğan as the first president to take office under the new executive presidential system, it was speculated that he would adopt a predominantly technocratic cabinet and seek a ‘United States’ model by appointing just one Vice President, despite the constitutional changes allowing multiple vice presidents to serve at once. Oktay was unveiled as Turkey’s first Vice President on 9 July 2018 with the announcement of the new cabinet, and was sworn in to office the next day.

In the 2017 constitutional referendum, voters narrowly approved constitutional changes that dissolved the existing parliamentary system in place of an executive presidency amid allegations of electoral fraud. The new system of government would see the President of Turkey becoming the head of both the state and the government, abolishing the former head of government post of Prime Minister of Turkey. The new system instigated the creation of the office of Vice President of Turkey, who would be appointed and serve at the pleasure of the president.

Following the appointment of Binali Yıldırım as Prime Minister of Turkey, Oktay was appointed as his undersecretary on 18 June 2016. He became known for his modernisation of bureaucratic institutions with new digital and technological advances.

He was part of the main diplomatic resistance during the Turkish coup d’état attempt on 15 July 2016. During the Turkish Armed Forces counter-terrorism operations, namely Operation Euphrates Shield and Operation Olive Branch, Oktay served in the capacity as co-ordinator between different bureaucratic institutions that were involved.

Between 2012 and 2016, Oktay served as the Head of the Presidency of Disaster and Emergency Management (AFAD). During his role, he formulated several agreements in the field of risk and crisis management with other countries on behalf of the Turkish government.

Oktay served as deputy general manager responsible for strategic planning and business development, production planning and information technology as well as sales and marketing at Turkish Airlines between 2008 and 2012. Being responsible for many development projects under the Turkish Airlines Brand, he also served as an executive board member of the Foreign Economic Relations Board [tr] (DEİK) And the Turkish-English, Turkish-German and Turkish-Spanish business councils.

Throughout the 2001 economic crisis, Oktay was involved in crisis management roles while also serving as the head of the Management Department and Deputy Dean at Beykent University. Alongside his academic career, Oktay also served as a consultant and advisor for both state-owned and private businesses, serving in the capacities of general manager, vice president and executive board member for many of them.

Fuat Oktay was born in 1964 in Çekerek, Yozgat and studied Management at Çukurova University. Graduating in 1985, he began working at the university as a research assistant. In 1990, he obtained a master’s degree from Wayne State University in Detroit in business and manufacturing engineering, as well as a doctorate in industrial engineering. While in the United States, he specialised in the fields of automotive engineering and communication. 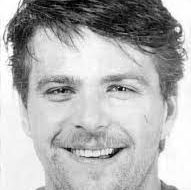 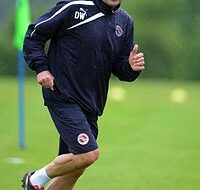