Gideon Obarzanek was born on 1966. Discover Gideon Obarzanek’s Biography, Age, Height, Physical Stats, Dating/Affairs, Family and career updates. Learn How rich is He in this year and how He spends money? Also learn how He earned most of networth at the age of 54 years old?

As Associate Artist at The Sydney Theatre Company (2012), Gideon wrote and directed the stage play DANCE BETTER AT PARTIES. In 2013 he was awarded an Australia Council Fellowship to further research with other film, dance and theatre makers, new works to be simultaneously created for both stage and screen. In the same year he co-directed the documentary/drama film I WANT TO DANCE BETTER AT PARTIES with filmmaker Matthew Bate and won the 2014 Sydney Film Festival’s Dendy Award for best short film and was broadcast on ABC TV.

Gideon founded dance company Chunky Move in 1995 and was CEO and Artistic Director until 2012. His works for Chunky Move have been diverse in form and content including stage productions, installations, site-specific works participatory events and film. These have been performed in many festivals and theatres around the world including Edinburgh International BAM Next Wave NY, Venice Biennale, Southbank London and all major Australian performing arts festivals.

Gideon Obarzanek spent his early childhood in Israel on an agricultural kibbutz. His family returned to Melbourne where he went to the Australian Ballet School, graduating in 1987. He then danced with the Queensland Ballet and later joined the Sydney Dance Company before pursuing a career as a performer and choreographer with various dance companies and independent projects within Australia and abroad. In his early career period he worked with The Australian Ballet, Sydney Dance Company, Opera Australia and the Netherlands Dance Theatre.

Gideon Obarzanek (born 1966 in Melbourne) is an Australian choreographer, director and performing arts curator. He was Artistic Associate with the Melbourne Festival (2015-2017), co-curator and director of ‘XO State’ at the inaugural Asia-Pacific Triennial of Performing Arts (Asia TOPA) (2015-2017). Obarzanek was appointed Chair of the Melbourne Fringe Festival in 2015 and Strategic Cultural Engagement Manager at Chancellery at the University of Melbourne in 2018. 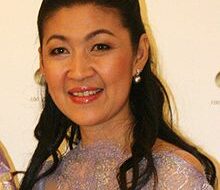