Habis Abdulla al Saoub was born on 19 November, 1965. Discover Habis Abdulla al Saoub’s Biography, Age, Height, Physical Stats, Dating/Affairs, Family and career updates. Learn How rich is He in this year and how He spends money? Also learn how He earned most of networth at the age of 38 years old?

We recommend you to check the complete list of Famous People born on 19 November.
He is a member of famous with the age 38 years old group.

Saoub was ultimately removed from the FBI list on June 24, 2004.

He was killed by Pakistani forces in October 2003.

Al Saoub was killed in October 2003. Pakistani officials said the mission was aimed at an al Qaeda group suspected of crossing into Afghanistan to attack a U.S. base near the remote town of Shkin. Three U.S. soldiers had been killed in that area in late August 2003.

The six male members of the group travelled to China in early 2002, with the intent of entering Afghanistan to aid the Taliban. Lacking visas and other documentation, they were turned back, and all but al Saoub then returned again to the United States.

On Thursday, October 3, 2002, a federal grand jury in United States District Court for the District of Oregon, at Portland, Oregon, indicted Battle, Ford, the two Bilals, al Saoub and Lewis. On October 4, 2002 the FBI in Portland, Oregon announced the arrest of four of those original six on charges of aiding and, in some cases, trying to join al-Qaeda fighters. The remaining two, Ahmed Bilal and al Saoub were both considered fugitives.

On September 29, 2001, al Saoub and others were discovered while engaged in shooting practice in a gravel pit in Skamania County, Washington. The group was discovered by Deputy Sheriff Mark Mercer who was acting on a tip from a neighbor who had heard gunfire in the pit. Deputy Mercer let the men go after taking their names and reported the incident to the FBI. Al Saoub was believed by the FBI to have then fled the United States on October 17, 2001.

According to the indictment, on October 17, 2001, Battle and al Saoub flew out of Portland International Airport en route to Afghanistan.

Habis Abdulla al Saoub, a.k.a. Abu Tarek, (November 19, 1965 – October 2003) was a Jordanian national and member of the Portland Seven, and later a member of an al Qaeda cell. In February 2003, he was added to the FBI Seeking Information – War on Terrorism list, wanted in connection with a federal grand jury indictment returned on October 3, 2002, in United States District Court for the District of Oregon at Portland, Oregon, in which he was charged with conspiracy to levy war against the United States, conspiracy to provide material support and resources to al-Qaeda, conspiracy to contribute services to al-Qaeda and the Taliban, and possessing firearms in furtherance of crimes of violence. The FBI offered a five million dollar reward for his capture. 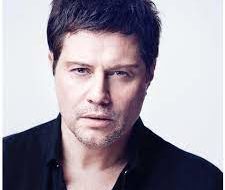 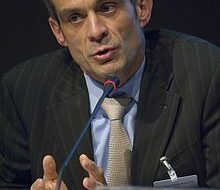