Ian Wheatley was born on 1962. Discover Ian Wheatley’s Biography, Age, Height, Physical Stats, Dating/Affairs, Family and career updates. Learn How rich is He in this year and how He spends money? Also learn how He earned most of networth at the age of 58 years old?

He net worth has been growing significantly in 2018-19. So, how much is Ian Wheatley worth at the age of 58 years old? Ian Wheatley’s income source is mostly from being a successful . He is from . We have estimated Ian Wheatley’s net worth, money, salary, income, and assets.

Wheatley retired from the Royal Navy on 16 November 2018, and has been retired from full time ministry since 2018.

On 9 February 2014, he was appointed an honorary canon of Portsmouth Cathedral.

From October 2012 to 2018, he was a member of the House of Clergy of the General Synod of the Church of England. This role came with his appointment as Principal Anglican Chaplain and Archdeacon for the Royal Navy.

On 29 April 2003, Wheatley was awarded the Queen’s Commendation for Valuable Service “in recognition of gallant and distinguished services in Northern Ireland during the period 1 April 2002 to 30 September 2002”. In the 2017 New Year Honours, he was appointed Companion of the Order of the Bath (CB). He is a recipient of the General Service Medal with Northern Ireland clasp, the Operational Service Medal for Sierra Leone, the Iraq Medal, and the Operational Service Medal for Afghanistan.

In 1997, Wheatley joined the Royal Navy as a military chaplain. In 2001, he deployed to Northern Ireland. In 2011, he deployed to Afghanistan with 3 Commando Brigade Royal Marines, to whom he was padre, as part of Operation Herrick.

Having left the Royal Navy in 1991, Wheatley then began training for ordination into the Church of England. He studied at Chichester Theological College and graduated with a Bachelor of Theology (BTh) degree in 1994. He was ordained a deacon in 1994 and a priest in 1995. From 1994 to 1997, he served as an assistant curate at St Brannock’s Church, Braunton, Devon.

Before becoming a military chaplain, Wheatley served an officer in the Royal Navy. Having completed officer training at the Britannia Royal Naval College, he was commissioned on 1 May 1983 with the rank of sub-lieutenant. He was promoted to lieutenant on 1 September 1985. He transferred to the Retired List on 14 September 1991. 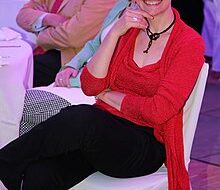 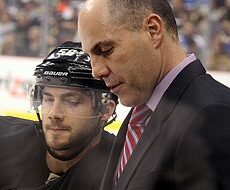