Ilan Moskovitch was born on 3 August, 1966 in Acre, Israel. Discover Ilan Moskovitch’s Biography, Age, Height, Physical Stats, Dating/Affairs, Family and career updates. Learn How rich is He in this year and how He spends money? Also learn how He earned most of networth at the age of 54 years old?

We recommend you to check the complete list of Famous People born on 3 August.
He is a member of famous with the age 54 years old group.

Ilan Moskovitch was born and raised in Acre, Israel, second generation to immigrants from Romania, survivors of the Holocaust. His father Meir owned a kiosk in ancient Acre, near the Arabic cinema “Bustan”, and his mother Anna worked as a hospital nurse. Moskovitch is a graduate of the cinema department of “Camera Obscura – School of Art” (1992). In the year after his graduation, he worked as a production coordinator and manager for different various TV projects, working with the directors Dan Wolman, Ze’ev Revach and others. In 1995 he met the international Israeli director Amos Gitai. Moskovitch worked as his personal assistant in the movie “Dvarim”, and since then the two cooperated in more than twenty movies, many of which were feature films for cinema, including “Free Zone”, “Promised Land”, “Alila”, “Carmel”, “Kadosh”, “Disengagement”, “Kippur”, “Eden”, “Kedma”, “Yom Yom” and “Ana Arabia”, in which Moskovitch served as the casting director.

As a producer he is currently working on a film entitled “Holy Air”, with director Shadi Srour. The script of “Holy Air” participated at the L’Atelier 2013 Cannes Film Festival. In 2015 he cast Amos Gitai’s latest feature film entitled “Rabin, the Last Day”, about the circumstances leading to the assassination of Israeli’s Prime Minister, Yitzhak Rabin, twenty years ago. The film participated at the Venice Film Festival – Official Competition 2015 as well as the Toronto International Film Festival, 2015.

Together with Eran Paz he produced the documentary film “Jeremiah”, directed by Eran Paz. The movie won the Best Director Prize Award for Documentary Film in the Jerusalem Film Festival 2010.

In 2009 he produced the documentary film “The Ambassadors”, directed by Tal Agassi for Israel Channel 8.

Four of those films: “Kadosh (1999), “Kippur” (2000), Kedma” (2002) and “Free Zone” (2005), participated in the Official Competition of the Cannes Film Festival (in which Moskovitch was the artistic consultant and the casting director). Moskovitch was the casting director in the film “Free Zone” in which Hana Laszlo won the Best Actress Prize in 2005 at the Cannes Film Festival, for her role in the film.

Besides his work with Amos Gitai, he established in 1997 the production company “Cinemax” along with director David Noy; he produced the films “Peach”, “What Now?”, and “Arlekino Behind The Masks”. In 2001 he produced commercials and communication videos with the journalist David Gilboa, for the Israeli Ministry of Environmental Protection, United Jewish Appeal, Shahal, Bank Hapoalim and Ford Motor Company. He established “Impro” – Acting Studio for Cinema and TV with his partner, theater director Avi Malka, in 2003. In 2008 he produced the feature film “Who kidnapped Moshe Ivgy?”, directed by Avi Malka. This is the first full-length feature film produced by an acting school in Israel, in which all the major and lead roles were acted by third year graduates. 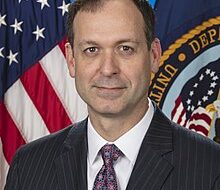 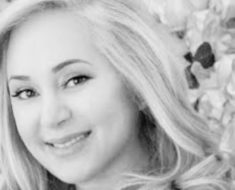