Itai Anghel was born on 6 April, 1968 in United States, is a correspondent, documentary filmmaker. Discover Itai Anghel’s Biography, Age, Height, Physical Stats, Dating/Affairs, Family and career updates. Learn How rich is He in this year and how He spends money? Also learn how He earned most of networth at the age of 52 years old?

We recommend you to check the complete list of Famous People born on 6 April.
He is a member of famous with the age 52 years old group.

Who Is Itai Anghel’s Wife?

He net worth has been growing significantly in 2018-19. So, how much is Itai Anghel worth at the age of 52 years old? Itai Anghel’s income source is mostly from being a successful . He is from United States. We have estimated Itai Anghel’s net worth, money, salary, income, and assets.

Israel Documentary Awards In the past 7 years Anghel has won 5 times the ‘Best TV documentary’ award by the ‘Israeli forum of documentary filmmakers’:

Itai Anghel (Hebrew: איתי אנגל ‎) is an Israeli correspondent and documentary filmmaker. He is a staff reporter for Uvda, a television news program on Channel 12 (Keshet). He mainly covers conflict zones all over the world. In 2017 Anghel was awarded the ‘Sokolov Award’ which is Israel’s highest award for journalism. Anghel is also a lecturer of history and international relations. He teaches a course about world conflicts in universities in Tel Aviv.

A year later, he returned to northern Syria to the Kurdish enclave of Kobanî which was under siege of ISIS. In this documentary Anghel also reported on the mass emigration of Kurds to Europe, with a focus on Berlin. His reporting was again broadcast on Uvda. In 2017 Anghel went to Mosul to report from the front-line in the war against Isis.

In 2017 Anghel won the ‘Sokolov Award’ which is the highest award for journalism in Israel. In the reasons for the award it was written: “The award for excellence in journalistic work is given to Itai Anghel on bringing Israeli viewers a real picture from war zones and remote conflicts with a considerable degree of personal risk. In all his years, Anghel has been very successful in highlighting the human aspect of wars.”

In December 2014, Anghel went to Syria again to report on the civil war. His research was broadcast on Uvda.

In 2010, Anghel received a Cutting Edge prize from the International Council for Press and Broadcasting at the sixth annual International Media Awards in London to celebrate high standards of analysis and reporting in the Middle East.

During the 2006 Lebanon War, Anghel accompanied a Nahal unit of the Israel Defense Forces on a night mission in Southern Lebanon. The documentary shows actual encounters with the Hezbollah.

While working for Uvda, he was sent to Iraq in 2003 to create a documentary on the post-Saddam Hussein era. In 2004, he traveled to Indonesia to cover the tsunami disaster set off by the 2004 Indian Ocean earthquake. In December 2005, he returned to Iraq with Uvda to provide a retrospective of the previous years and resultant chaos there.

In 1994 Anghel was sent to Rwanda to cover its civil war. In 1999 he covered the war in Kosovo and in 2000 he returned to Yugoslavia. In 2001, after the September 11, 2001 attacks on the World Trade Center in New York City, he was sent to Pakistan and Afghanistan.

In 1991 he was sent to Croatia to cover the war. Between 1992–1995 he was sent to Bosnia several times, and sent his reports to Galey Tzahal and Haaretz, a daily newspaper in Israel. These reports awarded him the first Sokolov Award for his outstanding work in journalism. He also reported from Russia, Lithuania, Latvia, Georgia, and Azerbaijan, focusing on the conditions of these countries in the aftermath of the breakup of the Soviet Union.

Anghel begun his work as a journalist in 1989, as the foreign affairs editor of Galey Tzahal – Galatz, Israel Army Radio. While editing the world news, he edited and hosted the news magazine and consequently was awarded the “Galey Tzahal Chief Commander award”. In 1993, he started working with Israeli TV’s Channel 2 news, as the world news editor. Later, he started working for the main week’s magazine for Channel 2, creating documentaries. Moving up the ladder of Israeli journalism, Anghel later moved to Uvda, hosted by Ilana Dayan. 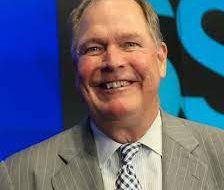