Jeff Roorda was born on 30 March, 1965 in St. Louis, Missouri, United States. Discover Jeff Roorda’s Biography, Age, Height, Physical Stats, Dating/Affairs, Family and career updates. Learn How rich is He in this year and how He spends money? Also learn how He earned most of networth at the age of 55 years old?

We recommend you to check the complete list of Famous People born on 30 March.
He is a member of famous with the age 55 years old group.

Who Is Jeff Roorda’s Wife?

He net worth has been growing significantly in 2018-19. So, how much is Jeff Roorda worth at the age of 55 years old? Jeff Roorda’s income source is mostly from being a successful . He is from . We have estimated Jeff Roorda’s net worth, money, salary, income, and assets.

Roorda announced on October 1, 2017 that he would run as a Democrat for Jefferson County Executive in 2018. He was defeated in November by Republican Dennis Gannon by a 58%-42% margin.

Leading St. Louis mayoral candidate Lyda Krewson in February 2017 called for Roorda to be fired as city police union representative following an inflammatory and racially tinged personal attack against mayoral candidate Tishaura Jones. Jones and other candidates had previously called for the ouster of Roorda.

In 2016, Roorda set his sights on the race for Jefferson County Council district 4, representing the Barnhart area. Incumbent councilman George Engelbach was defeated in the Republican primary by Charles Groeteke, who then defeated Roorda in the general election with 56% of the vote.

Roorda demanded an apology from the NFL following a public display of protest by several members of the St. Louis Rams. Roorda in July 2016 was sharply criticized by the Ethical Society of Police, St. Louis Alderwoman Cara Spencer, and others for an incendiary graphic and remarks about the shooting of officers in Dallas.

In January 2015, Roorda, wearing an “I am Darren Wilson” bracelet, was involved in a fracas at a meeting of the Board of Aldermen of the City of St. Louis when he had a run-in with a woman as he was approaching and arguing with the aldermen. The woman alleges minor injuries and the union removed Roorda as its spokesperson on matters regarding a proposed Civilian Oversight Board, about which the aforementioned meeting was hearing public testimony. In August 2016 the St. Louis County Police Association terminated its contract with Roorda as business manager, although he continued with the St. Louis city police union. The woman who Roorda allegedly assaulted in 2015 in December 2016 filed a lawsuit against him and in February 2017 the SLPOA was added to the suit.

Roorda has helped with the fundraising for Darren Wilson, the Ferguson police officer who was under investigation for the controversial killing of Michael Brown, and Roorda repeatedly publicly defended Wilson. Roorda made numerous appearances on CNN and other news networks, in interviews and on panels, after the Brown shooting to defend police and criticize protesters, often making controversial statements. He has also written two books: Ferghanistan: The War on Police (JCR Strategic Consultants LLC, November 2015) of which a “generous” portion of the profits was promised to Wilson, and The War on Police: How the Ferguson Effect Is Making America Unsafe (WND Books, November 2016).

Roorda faced off again with Wieland in 2014 in a race for the open 22nd district state Senate seat, representing most of Jefferson County, that was vacated by Democrat Ryan McKenna. As Jefferson County continued to trend towards the GOP, Wieland again defeated Roorda, this time by a 54%-46% margin.

In 2013 and 2014, Roorda introduced the Thanksgiving Family Protection Act, which would have blocked most retail stores from opening on Thanksgiving Day, saying that “[t]he commercialization of Christmas has now crept into Thanksgiving Day, when folks would like to be home celebrating with their families.” This bill did not advance either time.

After Missouri redistricted its Legislature following the 2010 Census, Roorda ran for the state House of Representatives again, this time in district 113. He was unopposed in the Democratic primary, then defeated Dan Smith, Republican, in the general election with 54% of the vote.

In March 2010, Roorda got in a heated exchange on the House floor with Republican Rep. Tim Jones. While Roorda was speaking critically about the GOP budget proposal, Jones accused him of skipping out on floor votes and called him a liar. The two started shouting and moving toward one another as colleagues kept them apart until the situation calmed down. Both later apologized for their behavior

Jeffrey Roorda was a Democratic member of the Missouri House of Representatives, serving from 2005 to 2010 and again from 2013 to 2015. Roorda ran for the Missouri Senate in District 22 in 2014, but he was defeated by Paul Wieland, a Republican from Imperial. A former police officer, he is also the executive director and business manager of the St. Louis Police Officers Association (SLPOA). SLPOA is Lodge #68 of the Fraternal Order of Police, covering the St. Louis Metropolitan Police Department (SLMPD).

Roorda was elected to the Missouri House of Representatives in 2004 as a Democrat in district 102, representing the Imperial, Missouri area. He won a three-way primary by 83 votes and then defeated Republican Marvin Lutes with 50.86% of the vote in the general election. In 2006, Roorda won a rematch with Lutes, garnering 60% of the vote. He won a third term unopposed in 2008. In 2010, Roorda was defeated by Republican Paul Wieland, who won 50.3% of the vote in a three-way race.

Roorda has worked in law enforcement for seventeen years. He was a police officer in Arnold, Missouri until 2001, when he was fired for making false statements and filing false reports. Later, he became chief of police in Kimmswick, another city in Jefferson County. He is the executive director and a business manager of the St. Louis Police Officers Association.

Jeff Roorda was born in St. Louis, Missouri on March 30, 1965, the oldest of two sons. He lived in St. Louis with his parents and younger brother until he was twelve years old when Roorda’s family moved to Arnold, a St. Louis suburb in Jefferson County, Missouri. Roorda graduated from Windsor High School in Jefferson County. Roorda received an associate degree in Criminal Justice from Jefferson College in Hillsboro, Missouri and later went on to earn his bachelor’s degree from Missouri Baptist University and his Masters in Public Policy Administration from University of Missouri – St. Louis. Roorda married his wife Nancy in 1994. They have three daughters. 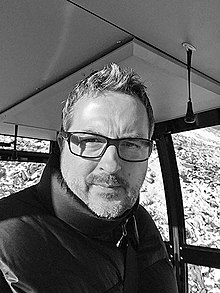 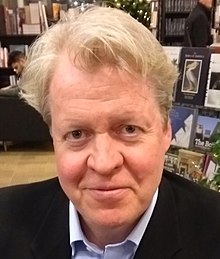