John Heilemann (John Arthur Heilemann) was born on 23 January, 1966 in Los Angeles, California, United States, is a JournalistAnchor. Discover John Heilemann’s Biography, Age, Height, Physical Stats, Dating/Affairs, Family and career updates. Learn How rich is He in this year and how He spends money? Also learn how He earned most of networth at the age of 54 years old?

Who Is John Heilemann’s Wife?

He net worth has been growing significantly in 2018-19. So, how much is John Heilemann worth at the age of 54 years old? John Heilemann’s income source is mostly from being a successful . He is from American. We have estimated John Heilemann’s net worth, money, salary, income, and assets.

He is the co-author (with Mark Halperin) of Double Down and Game Change, books about Presidential campaigns. He and Halperin co-hosted With All Due Respect, a political analysis show on Bloomberg Television and MSNBC. Heilemann also produced and co-starred (with Mark Halperin and Mark McKinnon) in Showtime’s: The Circus: Inside the Greatest Political Show on Earth, following the presidential candidates behind the scenes of their campaigns in the 2016 United States Presidential Election. Heilemann is producing and co-starring in new episodes of The Circus: Inside the Greatest Political Show on Earth, with Alex Wagner and Mark McKinnon, airing in Spring 2018. Heilemann is also an occasional guest on the Tony Kornheiser Show and MSNBC’s Morning Joe.

He is the author of a book, Pride Before the Fall, about the Microsoft antitrust case. He has been a staff writer for New York, Wired, and The Economist. He was the host of a four-part documentary series for Discovery called Download: the True Story of the Internet, about the rise of the World Wide Web, which first aired in 2008.

John Arthur Heilemann (born January 23, 1966) is an American journalist and national-affairs analyst for NBC News and MSNBC. With Mark Halperin, he co-authored Double Down and Game Change, books about presidential campaigning. Heilemann has formerly been a staff writer for New York, Wired, and The Economist.

Heilemann was born in Los Angeles in 1966 and grew up in California. His family was originally from Wisconsin. Heilemann holds a bachelor’s degree in journalism and political science from Northwestern University and a master’s degree from the John F. Kennedy School of Government at Harvard University. 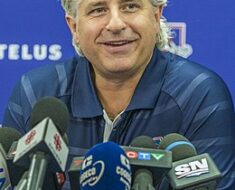