John Kennedy O’Connor was born on 1964 in North London, London, is an English jourrnalist and radio personality. Discover John Kennedy O’Connor’s Biography, Age, Height, Physical Stats, Dating/Affairs, Family and career updates. Learn How rich is He in this year and how He spends money? Also learn how He earned most of networth at the age of 56 years old?

In 2018, John Kennedy was one of the judges for 1in360, the talent show to choose San Marino’s entry for the Eurovision Song Contest 2018 in Lisbon and once again presented for San Marino RTV the preview shows; he also acted again as the spokesperson.

O’Connor’s second Eurovision work “The Eurovision Song Contest: The Official Celebration” was published by Carlton Books in April 2015 (ISBN 978-1780976389) The book was also published in German and Swedish editions.

For the 60th anniversary Eurovision, The Telegraph ran O’Connor’s (accurate) predictions for the result in the run up to the competition. The Star also ran a detailed discussion of the UK’s contest chances for 2015. Previously, Oikotimes.com ran a series of seven articles written by O’Connor in January 2011, tracing the history of Germany in the Eurovision Song Contest. Concurrently, the UK Daily Mail, reporting on the BBC’s selection of the group Blue to sing for Britain in the Eurovision Song Contest 2011, quoted from an article written by O’Connor for ESCInsight.com.

In 2014, together with his CreativeLive co-host Jamarie Milkovic, he provided English commentary for San Marino RTV live from Copenhagen and did so alone in 2015 for the second semifinal. During the Eurovision finals, he also reported for ABC News Australia, ABC Radio National Australia and once more guested on The Ken Bruce Show on BBC Radio 2 and BBC Breakfast on BBC1.

At the end of 2014 it was announced on Twitter and on PBS.org that O’Connor was recording a series for PBS on international architecture and was filming the first episode in Kuala Lumpur and San Francisco with César Pelli as the subject. The six-part series (also featuring Norman Foster and I.M.Pei) aired across the US in the summer of 2015. In August 2015, O’Connor was recording a travel series focussing on India, Nepal and Myanmar.

Since 2013, O’Connor has been the lead on-screen host for the educational broadcaster CreativeLive, fronting a variety of multi-day live broadcasts from the platforms San Francisco studios.

Since 2012, O’Connor has been the special host of San Marino RTV’s Eurovision coverage, presenting the preview shows. In 2013, he was the first spokesperson of the final. On 17 May, O’Connor presented a Eurovision PopMaster on BBC Radio 2, with Ken Bruce and Paddy O’Connell as the two contestants.

In May 2010, O’Connor appeared with Justin Lee Collins on UK Channel Five, advising Collins on his quest to represent a country at the Eurovision Song Contest 2010 in the show Eurovision: A Song For Justin. During the 2010 contest in Oslo, Norway, O’Connor appeared on Aljazeera TV, BBC World News & BBC News Channel with James Dagwell on E24 and after a one-on-one interview, won PopMaster on BBC Radio 2’s Ken Bruce show, playing against Paddy O’Connell in a Eurovision spoof of the regular feature, a feat he repeated in 2012 against the BBC Moscow Correspondent Steven Rosenberg. He also featured across ITV News and BBC Local Radio live from Oslo. In 2011, O’Connor featured in the documentary The Secret History of Eurovision, shown in More4 in the UK.

Until the station closed, O’Connor was the American correspondent for digital station Gaydar Radio in the UK, reporting for the Neil and Debbie Breakfast Show, covering live events including The Golden Globe Awards, The Grammy Awards and The Oscars. During Eurovision 2009 season, he also covered live reports for the station on gay issues in Moscow, reporting in the same role from Oslo 2010. He reported for Sky News on the gay march held on 17 May 2009 in the Russian capital. O’Connor has regularly reported for the UK TV channel Sky News and for Fox News in New York and ERT in Athens to the UK, and has been a guest on BBC World News and BBC News 24 on TV and “Today” on BBC Radio 4 with John Humphrys, BBC Radio 2’s Steve Wright in the Afternoon with host Steve Wright and actress Brooke Shields on Radio. He has also contributed to many other BBC Radio programmes, including BBC Radio 5 Live, The Big Toe Show on BBC Radio 7, BBC Radio Scotland, numerous local BBC Radio stations including guest spots with Nicky Campbell, Judi Spiers, Richard Bacon, Paul Henley, Ted Robbins, Liz Kershaw and featured on the BBC World Service and LBC Radio. UK Channel 4’s Jon Snow interviewed O’Connor live from Chicago when news of a scandal relating to the Eurovision Song Contest 1968 broke in May 2008.

In May 2009, O’Connor was the featured guest on “Russia Today’s” interview TV programme, Spotlight, timed to coincide with the release of his first Russian language book. The same week, he guested on BBC World Service’s daily magazine show Europe Today, hosted by Paul Henley, and the Maltese TV magazine show Xarabank, all broadcast live from Moscow, Russia.

In Australia, O’Connor has become a regular contributor to various ABC Radio National programmes, including the now defunct Perspective programme, hosted by producer Sue Clark, providing commentary on British and International Politics as well as popular culture issues. Among other stories, O’Connor reported on the underlying racism of the 2008 US General Election, Gordon Brown’s accession as British Prime Minister and the international media coverage of the 2007 Australian federal election, for the programme. He has also regularly appears on ABC’s Radio National Breakfast Show with Fran Kelly and many local radio stations in Australia and was the featured guest on an hour-long special on the Triple J ABC station.

In 2006, O’Connor was featured in the UK editions of Metro for their “60 Seconds Interview” column. In 2007, O’Connor contributed on camera items for both the Associated Press and Reuters for broadcast, in addition to video spots on AOL’s Big Story. Online, he has been interviewed by ESCToday.com and Oikotimes.com about the Eurovision Song Contest.

John Kennedy O’Connor (born 1964) is a television and radio broadcaster, author and entertainment commentator, who was born in North London, but is a naturalized citizen of the United States, where he is based. He has written, reported and broadcast for numerous media organisations, as well as writing, creating and producing media events for a number of international corporations all over the world. He is probably best known for his work within the Eurovision Song Contest as a TV commentator and host. 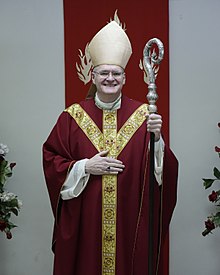 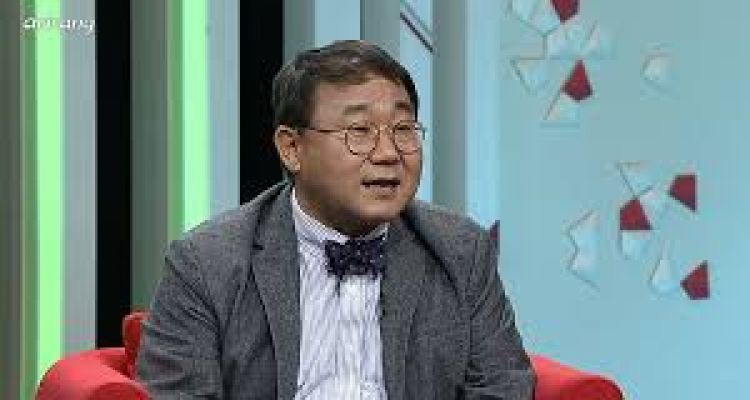