Kathleen Maltzahn was born on 18 September, 1966 in Morwell, Australia, is a Politician. Discover Kathleen Maltzahn’s Biography, Age, Height, Physical Stats, Dating/Affairs, Family and career updates. Learn How rich is She in this year and how She spends money? Also learn how She earned most of networth at the age of 54 years old?

We recommend you to check the complete list of Famous People born on 18 September.
She is a member of famous Politician with the age 54 years old group.

In May 2018, after the Victorian branch of the Liberal Party passed a motion in support of the Swedish Model, Maltzahn stated “If I am elected to state parliament, I will vote in keeping with Victorian Greens policy, and will vote against the Nordic model, including if the Liberal Party introduces it. I will not abstain from the vote. Their agenda is anti-women and I have spent my career fighting for women’s rights.”

Maltzahn remains a controversial figure due to her stance on the issue and sex workers continue to protest against her at public events, including at the recent Greens 2018 election campaign launch.

Maltzahn stood again as the Greens candidate for the district of Richmond in the 2014 Victorian State election, gaining another 2.9% of the primary vote and finishing within 750 votes of the Labor incumbent, making Richmond a marginal ALP-Greens seat.

Prior to entering politics, Maltzahn’s roles included Interim Director of the East Timor Human Rights Centre and Founding Director of Project Respect, an organization committed to supporting people in prostitution and opposing sex trafficking. In that role, she successfully campaigned for an end to the mandatory deportation of trafficked people, support services for trafficked people and better police responses. In recognition of their efforts, Project Respect has won a number of awards, including the Social Impact Award of the 2013 inaugural HESTA Community Sector Awards.

The Australian Sex Party oppose Maltzahn’s views on the sex industry and subsequently targeted Maltzahn’s seat over her views on sex work in the 2010 state election, preferencing Labor ahead of the Greens in the Victorian Legislative Assembly by-election for the seat of Melbourne on 21 July 2012.

Maltzahn was Chairperson of the Eastern Metropolitan Region Regional Family Violence Partnership (2011-2012) and Deputy Executive Officer of the Eastern Domestic Violence Service (EDVOS) (2012-2013) where she oversaw the provision of direct services for women and children escaping violence and for advocacy in an area covering 1 million people in Melbourne’s East. Most recently, she has worked at La Trobe University researching gambling in partnership Aboriginal organisations and teaching social policy. She has lectured in social policy at a number of Melbourne universities and TAFEs.

On 3 July 2009, Maltzahn was preselected as the Greens candidate for the Victorian State Legislative Assembly in the inner-Melbourne district of Richmond. In 2010, she resigned from her post as executive director of WHIN to actively campaign for the 2010 Victorian state election, whereupon she won 28.44% of the vote; a swing of 3.76% to the Greens from the previous election.

In 2008, Maltzahn stood for election as the Greens candidate for Deputy Lord Mayor of Melbourne City Council, alongside fellow Greens candidate Adam Bandt, who was running for the office of Lord Mayor. Bandt and Maltzahn finished second, behind winner Robert Doyle.

From 2007 to 2010, Maltzahn served as the executive director of Women’s Health in the North (WHIN) – an organization serving the Victorian municipalities of Banyule, Darebin, Hume, Moreland, Nillumbik, Whittlesea, and Yarra to improve women’s health, safety, and well-being. In 2007, under Maltzahn’s leadership, WHIN joined with various women’s health organizations in Victoria to successfully campaign to reform Victorian Abortion Law (Abortion Law Reform Act 2008 (Victoria)). One of the ways WHIN participated in the campaign was a submission to the Victorian Law Reform Commission titled “The Law of Abortion Information Paper”, which was then referred to in the Commission’s submission to the Victorian Parliament in 2008.

In 2005, she was awarded the inaugural Dame Phyllis Frost Award from the National Council of Women of Victoria in recognition of her work against trafficking.

Maltzahn served as a Greens councillor for the City of Yarra from 2004 to 2008, where she pushed for a greater emphasis on sustainability, social justice, and curbs on overdevelopment. During her tenure, she chaired the council’s Disability Advisory Committee (2004–2008), Bicycle Advisory Committee (2006–2008), Finance and Human Services Committee (2007–2008). Following the rape of a woman in May 2005 that took place only metres away from the City of Yarra’s Fitzroy town hall, the council relied on Kathleen’s experience and leadership to form the council’s Taskforce on the Prevention of Male Sexual Violence against Women, bringing together local sexual assault services, women’s health organizations, Victoria Police, and the Victorian State government to implement measures to prevent sexual violence in the City of Yarra.

In 2004, Kathleen Maltzahn received a Research Award from RMIT University, along with Dr Sallie Yea and Georgina Costello for “Countering Trafficking for Sexual Exploitation in Australia”.

Maltzahn was born in Morwell, Victoria. She attended high school in Melbourne’s inner-east, and completed her Higher School Certificate (HSC) in 1984. She commenced study at the University of Melbourne the following year, and completed her Bachelor of Arts in 1988, returning in 1996 to undertake a postgraduate diploma in women’s studies. 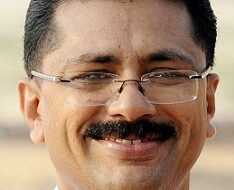 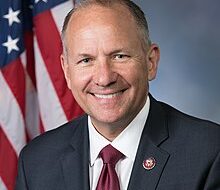