Ke Wu was born on 9 December, 1962 in Liyang, Changzhou, China, is a Substrate integrated circuitsQuasi-Optical Waveguide SystemssRadio-over-Fiber(RoF)Systems. Discover Ke Wu’s Biography, Age, Height, Physical Stats, Dating/Affairs, Family and career updates. Learn How rich is He in this year and how He spends money? Also learn how He earned most of networth at the age of 58 years old?

We recommend you to check the complete list of Famous People born on 9 December.
He is a member of famous with the age 58 years old group.

He net worth has been growing significantly in 2018-19. So, how much is Ke Wu worth at the age of 58 years old? Ke Wu’s income source is mostly from being a successful . He is from Canadian. We have estimated Ke Wu’s net worth, money, salary, income, and assets.

Prof. Ke Wu was the General chair for the IEEE MTT-S International Microwave Symposium 2012 which was organized by IEEE Microwave Theory and Techniques Society in Montreal, Quebec, Canada. This was the first time since 1978 that the premier conference in the field moved to outside the US territory, and this conference had about 15000 participants and more than 1000 exhibitors coming from around the world.

Dr. Wu has been an active member of organizing (steering), advisory and technical program committees and session chair of many national and international conferences, as well as general chair of 5 international conferences. He will be the general chair of the 2012 IEEE MTT-S International Microwave Symposium (IMS). He serves as a member of editorial/review boards including editors and guest editors for many international journals including IEEE Transactions/Letters. He has been an active member of many professional societies, including Sigma Xi Honorary Society, URSI, and Academy of Electromagnetics. Dr.Wu has frequently served on many government-sponsored research grants selection panels around the world. He was on the Board of Directors of the Canadian Institute for Telecommunication Research (CITR) and a special member of the Commission Scientifique of the INRS in Quebec. In addition, Dr. Wu chairs the joint IEEE MTTS/APS/LEOS chapter in Montreal. He is the elected IEEE MTT-S AdCom member (2006–2012) and serves as Chair of the MTT-S Transnational Committee. He is an IEEE MTT-S Distinguished Microwave Lecturer.

Dr.Wu is currently the chair for MTT-S member and Geographic activities committee Brief Message written by Dr.Wu in IEEE Microwave Magazine August 2010 : There has been so much going on in the world of microwave sciences and engineering that it is impossible for us to collect all of our Societal activities and news from around the globe. Since I visited China (Hong Kong) and Japan in 2009, I am taking this occasion to share with you some interesting information collected during those visits regarding regional IEEE Microwave Theory and Techniques Society (MTT-S) activities. In addition, you will have a quick glance at the progress of our translation project to date.Many Chinese microwave companies want to get involved in IEEE MTT-S activities, but they do not know where to start.

The Poly-Grames Research Center, founded in 1992 by Renato Giuseppe Bosisio, has a long history of excellence in research and education of radio-frequency (RF), microwave, millimeter-wave and microwave photonics engineering. This is one of the largest and leading international academic research institutions in the field with three Canada Research Chairs (CRC) endowed by the Canadian government. In 2000, a new research infrastructure called “Facility for Advanced Millimeter-Wave Engineering – FAME” was established within the Center under the sponsorship of the Canadian Foundation for Innovations (CFI), the government of Québec and industrial partners. The Center provides a unique and dynamic research environment in connection with both fundamental and application-oriented projects. It features interactive activities such as organizing microwave seminar series and multidisciplinary collaborations through joint research projects.

Dr. Ke Wu (born 9 December 1962 in Liyang, Jiangsu, China) is professor of Electrical Engineering at the Ecole Polytechnique(University of Montreal), and Tier-I Canada Research Chair in Radio-Frequency (RF) and Millimetre-Wave Engineering. He is Director of the Poly-Grames Research Center, and the Founding Director of a Canadian university-industry consortium called Facility for Advanced Millimetre-wave Engineering (FAME) and the Center for Radiofrequency Electronics Research of Quebec (or Centre de recherche en électronique radiofréquence (CREER) – a strategic alliance of Québec). He also holds the first Cheung Kong endowed chair professorship (visiting) at the Southeast University and the first Sir Yue-Kong Pao chair professorship (visiting) at the Ningbo University, China.

Dr. Wu has received many coveted awards and prizes, including a URSI Young Scientist Award, the Oliver Lodge Premium Award from the IEE, the Asia-Pacific Microwave Prize, the Prix Poly 1873 pour l’Excellence en recherche – the Top University Research Award (the first recipient) from the Ecole Polytechnique, and the Urgel-Archambault Prize (the highest honour) in the field of Physical Sciences, Mathematics and Engineering of the French-Canadian Association for the Advancement of Science (ACFAS). He was elected IEEE Fellow in 2001. He became the first recipient of the IEEE MTT-S Outstanding Young Engineer Award in 2002 “for outstanding contributions to hybrid integration of planar and non-planar microwave and millimetre-wave circuits and the theory and practice of guided-wave structures”. He was inducted Fellow of the Canadian Academy of Engineering (CAE) in 2002. In 2004, Dr. Wu received the Fessenden Medal from the IEEE Canada “for many pioneering contributions to RF, microwave and millimeter-wave theory and techniques, in particular, the invention of substrate integrated circuits (SICs) for future wireless systems”. In 2005, he was inducted Fellow of The Royal Society of Canada (The Canadian Academy of the Sciences and Humanities). He has significantly contributed to the development and innovation of field theory, circuit design, radiating elements, high-frequency components, CAD techniques and high-frequency applications.Dr. Wu has made over 18 important inventions and published more than 720 technical papers in refereed journals and conference proceedings as well as a series of books or book chapters. In particular, he is the pioneer of a hybrid/monolithic integration concept of planar and non-planar structures called “substrate integrated circuits” and the joint field/circuit model for high-frequency circuit design. 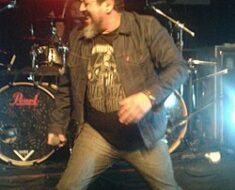