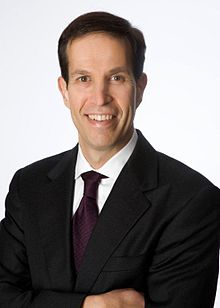 Ken Mehlman (Kenneth Brian Mehlman) was born on 21 August, 1966 in Baltimore, MD. Discover Ken Mehlman’s Biography, Age, Height, Physical Stats, Dating/Affairs, Family and career updates. Learn How rich is He in this year and how He spends money? Also learn how He earned most of networth at the age of 54 years old?

We recommend you to check the complete list of Famous People born on 21 August.
He is a member of famous with the age 54 years old group.

He net worth has been growing significantly in 2018-19. So, how much is Ken Mehlman worth at the age of 54 years old? Ken Mehlman’s income source is mostly from being a successful . He is from MD. We have estimated Ken Mehlman’s net worth, money, salary, income, and assets.

On January 10, 2017, Mark Zuckerberg announced on Facebook that Mehlman and David Plouffe would be joining the Chan Zuckerberg Initiative. Mehlman will chair the philanthropy’s public policy advisory board, which he stated in his official Facebook post will consist of “a diverse group of advisors and experts.”

In addition to his role at KKR, Mehlman is a trustee of New York’s Mount Sinai Hospital, Franklin & Marshall College, and Teach for America. He is a member of the Council on Foreign Relations, serves as chairman of the American Investment Council (previously the Private Equity Growth Capital Council), and is co-Chairman of the American Enterprise Institute’s National Council. He is also a trustee and board member of Sponsors for Educational Opportunity (SEO). Mehlman was appointed to the board of directors of the Sustainability Accounting Standards Board in June, 2016.

In February 2014, Mehlman was a keynote speaker at the first campus-wide Harvard LGTBQ conference on the 45th anniversary of the Stonewall Riots where he was interviewed by Baruch Shemtov. He spoke during the closing remarks of the conference, stating “there’s nothing more powerful than coming out and being who you are.”

In January 2013, also before United States v. Windsor, Mehlman spoke with political activist David Kochel in Iowa about how supporting same-sex marriage is a conservative value. He stated that, “I’m a conservative because I believe in more freedom and I believe in less government. I think that we are endowed by our Creator, not by politicians, not by government, not by bureaucrats, with inalienable rights, including the pursuit of happiness. If you believe that, what could be more central to the pursuit of happiness than choosing the person that you love, that you have the right to marry?”

In February 2013, Mehlman helped organize an amicus curiae brief to the Supreme Court in the case of California Proposition 8 signed by dozens of prominent socially moderate Republicans, including Jon Huntsman, Jr., Meg Whitman, Ken Duberstein, Ileana Ros-Lehtinen, and others, explaining that they supported a Constitutional right to same-sex marriage. According to the New York Times, Ken Mehlman spent “months in quiet conversations with fellow Republicans to gather signatures for the brief.” “We are trying to say to the court that we are judicial and political conservatives, and it is consistent with our values and philosophy for you to overturn Proposition 8,” said Ken Mehlman according to the New York Times report.

In November 2013, Mehlman launched a non-profit organization called Project Right Side focused on convincing more Republicans to support marriage equality. The organization also conducts research and analysis in an effort to improve political conditions for LGBTQ issues. He stated that “Conservatives don’t need to change core convictions to embrace the growing support for equal rights for gay Americans. It is sufficient to recognize the inherent conservatism in citizens’ desire to marry, to be judged on their work, and not to be singled out for higher taxes or bullying at school. These objectives can be achieved while also protecting religious liberty, as demonstrated by states enacting civil marriage with exemptions for religious institutions.”

Mehlman has also worked on L.G.B.T.Q. non-discrimination issues. He actively helped Congressional leaders pass the Employment Non-Discrimination Act (ENDA) in the Senate in 2013. In July 2019, Mehlman filed and amicus brief, joined by close to three dozen other Republican leaders, arguing in support of the rights of L.G.B.T. people in the workplace. The brief argued that the Civil Rights Act of 1964 explicitly prohibits discrimination against gay men, lesbians and transgender people in the workplace due to language in the law that prohibits discrimination on the basis of sex. In addition, Mehlman wrote an op-ed for The New York Times outlining his reasons for believing that the fight for gay rights upholds the Republican values of economic freedom and personal liberty. In the piece, Mehlman writes that firing an employee because of their sexual orientation or because they are transgender is “…unethical and un-American, and the Supreme Court has the opportunity to read the clear language of Title VII and affirm that it is illegal.”

In June 2011, Mehlman lobbied Republican members of the New York state legislature to support the legalization of same-sex marriage in New York and reached out to conservative donors and operatives.

Several gay rights leaders and bloggers recognized Mehlman’s role. Mehlman was honored in Out Magazine’s 2011’s Out100 list partially because of his work on the campaign. Mehlman has been active in Maryland, New Hampshire and Washington State, helping to raise almost $3 million for these campaigns between August 2010 (when he “came out”) and March 2012. He continued to campaign for same-sex marriage, before United States v. Windsor, the 2013 United States Supreme Court decision which held that same-sex marriage is constitutional, by aiming to show GOP leaders why same-sex marriage “is consistent with Republican and conservative principles”, and speaking on that topic throughout the country.

In 2010, Mehlman came out as gay in an interview with journalist Marc Ambinder, making him one of the few prominent openly gay figures in the Republican Party. He told Ambinder that he was aware that the Republican Party emphasized an anti-gay agenda, but felt he could not “go against the party consensus” when he held leadership positions. After coming out, Mehlman advocated for the recognition of same-sex marriage.

Although Mehlman’s speech seemed to suggest a new approach towards the African-American community, most have considered the approach to be unsuccessful, with several polls indicating that Republicans have not improved in terms of African-American approval. A Washington Post poll shows that Bush’s approval rating among African Americans fell to two percent at one point, and a report card issued by the NAACP gave “F’s” to a majority of Republicans in the 109th Congress.

As the head of the RNC, Mehlman played a key role, along with Karl Rove, in executing the Republican Party’s long-term, yet ultimately unsuccessful, plan for electoral dominance. This is discussed at length in Peter Wallsten and Tom Hamburger’s book, One Party Country. Mehlman voluntarily stepped down as chairman of the RNC at the end of 2006. He was succeeded by Mike Duncan and Mel Martinez.

In August 2010, Mehlman revealed that he is gay. Prior to this revelation, rumors about Mehlman’s sexual orientation had circulated since at least 2004. In May 2006, Mehlman denied he was gay, telling the New York Daily News: “I’m not gay, but those stories did a number on my dating life for six months.” On November 8, 2006, comedian Bill Maher made an appearance on Larry King Live, during which he referred to Mehlman as a closeted gay man. The incident became controversial because CNN edited out Maher’s comments in later taped editions and removed the reference to Mehlman’s sexual orientation from the transcript of the show. The day after Maher’s comments, Mehlman announced he would step down as chairman of the RNC (although reports said that his resignation had been expected for some time).

Mehlman was Bush’s choice to replace Ed Gillespie as the chair of the Republican National Committee and was elected to the post on January 19, 2005. Mehlman announced after the November 2006 general election that he would not seek re-election to another term as Republican National Chairman. One of his top deputies, RNC political Director Michael DuHaime, announced in December 2006 that he would become campaign manager for Rudy Giuliani’s 2008 presidential campaign.

Mehlman addressed the National Association for the Advancement of Colored People (NAACP) a full year before Bush addressed the civil rights organization. In his address to the NAACP on July 14, 2005 in Milwaukee, Wisconsin, Mehlman apologized for his party’s failure to reach out to the black community in the aftermath of the Civil Rights Act of 1964, stating, “Some Republicans gave up on winning the African-American vote, looking the other way or trying to benefit politically from racial polarization… I am here as Republican chairman to tell you we were wrong.”

A Democratic analysis of phone records introduced at the 2005 criminal trial of James Tobin, the Northeast political director for the RNC in 2002, shows that Mehlman made 115 outgoing calls – mostly to the same number in the White House office of political affairs – between September 17 and November 22, 2002, when the office of political affairs was headed by Mehlman. Two dozen calls were made from 9:28 a.m. the day before the election through 2:17 a.m. on the night after the voting, a three-day period. Virtually all the calls to the White House went to the same phone number. In April 2006, Mehlman issued a statement on the matter, noting that his deputy for the Northeast states routinely discussed election business with RNC officials, and categorically stated that “none of my conversations nor the conversations of my staff, involved discussion of the phone-jamming incident.” Tobin was convicted on December 15, 2005 “for his part in a plot to jam the Democratic Party’s phones on Election Day 2002”; however, this conviction was later overturned by a federal appeals court and Tobin was acquitted on all charges.

Mehlman held several national posts in the Republican Party and the George W. Bush Administration. In 2000 he was appointed director of the White House Office of Political Affairs. Mehlman managed Bush’s 2004 re-election campaign, and was 62nd Chairman of the Republican National Committee from 2005–07. In 2007, Bush appointed Mehlman to a five-year term on the U.S. Holocaust Memorial Council.

Mehlman served as field director for the 2000 presidential campaign of George W. Bush. When Bush became president, Mehlman became director of the White House Office of Political Affairs. He managed the Bush re-election campaign in 2004. In January 2005, the American Association of Political Consultants gave Mehlman the “Campaign Manager of the Year” award for his management of the Bush/Cheney presidential ticket.

Mehlman practiced environmental law at Akin Gump Strauss Hauer & Feld in Washington, D.C. from 1991 to 1994, when he became legislative director to Representative Lamar S. Smith of Texas’s 21st congressional district. Mehlman served as Smith’s legislative director from 1994 to 1996, and then as chief of staff to Representative Kay Granger of Texas’s 12th congressional district from 1996 to 1999.

Mehlman received his undergraduate degree in 1988 from Franklin and Marshall College in Lancaster, Pennsylvania, where he became a member of Phi Kappa Tau’s Xi chapter. He received his J.D. from Harvard Law School in 1991, where he was a classmate of future President Barack Obama.

Kenneth Brian Mehlman (born August 21, 1966) is an American social entrepreneur and businessman. He serves as a member, global head of public affairs, and co-head of KKR global impact at investment firm Kohlberg Kravis Roberts. He oversees the firm’s responsible investment efforts, leading the firm’s Environmental Social Governance programs. Prior to joining KKR, Mehlman spent a year as an attorney and partner at law firm Akin Gump Strauss Hauer & Feld. In January 2017 Mehlman announced that he would act as chairman of the Chan Zuckerberg Initiative Policy Advisory Board. 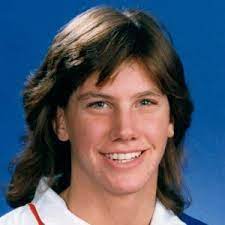