Who is Kevin Fontana?

Kevin is married to Bern Nadette Stanis, an American entertainer. Regardless, on July 19, 1981, the pair married. They have two children, Dior Ravel and Britany Rose, and have been married for ten years. The pair is currently enjoying a blissful coexistence, and it appears that this union will endure forever.

His significant other Bern, on the other hand, has married four different people. Also, Thomas Fauntleroy was her first husband, whom she married in 1974 and divorced four years later, in 1978. Darnell Johnson, the owner of a Brooklyn dance club, was her husband in 1979, but they split the following year. Whereas, Terrence Red was her third husband, with whom she eventually divorced.

What is the Net-Worth of Fontana’s Wife?

Bern’s significant other, Nadette Stanis, is an American entertainer with a net worth of $6 million as of 2019. Looking at his better half’s massive overall assets, we can be assured that Kevin and his family are living a very happy and affluent life.

Bern starred as Thelma Ann Evans on the CBS sitcom Good Times from February 1974 through August 1979. After the arrangement was finished, she appeared on shows including The Cosby Show and What’s Happening Now!! Likewise, Bern and his previous co-star Jimmie Walker later appeared in an AT&T radio commercial, while Stanis appeared in a Nationwide Insurance campaign.

She also appears in TV One commercials and a Thelma commercial that was distributed on September 19, 2009.
Likewise, the Battle of the Thelmas, which featured their nuptials on their own television shows, featured her with performer Anna Maria Horsford. Similarly, Horsford played Thelma Frye in the TV adaption Amen. By the way, Black Then advancements recognized February as Black History Month in 2010.

Similarly, Bern and Walker appeared on Color TV to talk about their recollections of Good Times and their comments on it. She later starred on TV One’s Life Aftershow. Likewise, Bern as an appearance in a scene of Centric’s Being in July 2016, questioned about her life and job. 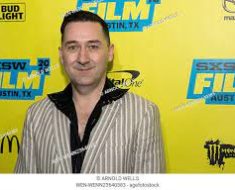 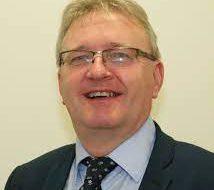