Linwood Pendleton was born on 20 July, 1964 in Richmond, Virginia. Discover Linwood Pendleton’s Biography, Age, Height, Physical Stats, Dating/Affairs, Family and career updates. Learn How rich is He in this year and how He spends money? Also learn how He earned most of networth at the age of 56 years old?

During his time at The Ocean Foundation’s Coastal Ocean Values Center in 2008, Pendleton coauthored and edited the published book “The Economic and Market Value of Coasts and Estuaries: What’s At Stake?” which presented the findings of a study assessing “the economic value of the nation’s coastal areas in excess of hundreds of billions of dollars”. The study also found that although estuaries and coasts cover a small percentage of the total land area of United States (only 13%) they are home to 43% of the United States’ population and produce 49% of its economic output. In discussion of the findings of the study, Pendleton said “We are only now coming to grips with the enormity of the economic value and potential from sustainable uses of our coastal resources, and more importantly, the potential economic losses we suffer each year because of underinvestment in coastal protection and restoration.”

In 2010, Pendleton’s work focused on rethinking the operation, maintenance, and management funding of the Atlantic Intracoastal Waterway. As part of this work he undertook an expedition aboard his personal vessel, Indicator, travelling up the waterway from the Duke Marine Lab in Beaufort, NC to the Chesapeake Bay in July 2010. At the end of the expedition, Pendleton convened a policy lab in Washington, DC to bring together stakeholders interested in the Waterway’s future such as governmental agency officials, commercial and recreational waterway users, environmental scientists and economists. The policy lab was convened at the request of Congressman Mike McIntyre and was planned as the first of a series of three meetings to discuss the Waterway. Pendleton’s purpose in planning an expedition prior to the policy lab was to gain a “sea level perspective” of the challenges the waterway faced. He stated: “I don’t think you can speak credibly about managing the waterway without spending time on it. When you’re at the helm, it’s a completely different story.”

Also in Southern California, Pendleton’s research on behalf of the Santa Monica Bay Restoration Foundation played a role in instituting the Marine Life Protection Act, creating marine reserves off Westward Beach, Point Dume and Paradise Cove (in 2009). Pendleton’s study surveyed California residents about their visits to the coast and determined that “more than 90 percent of visits to the Southern California coast are for ‘non-consumptive’ activities such as scuba diving, tide-pooling and surfing, and that such ‘non-take’ activities bring more money to coastal economies than ‘consumptive activities’ like fishing.” Data collected related to the impact visits to the coast have on coastal economies showed that consumptive visits brought $2.5 million to these economies while non-consumptive visits were the source of an almost $115 million.

Also during his time at The Coastal Ocean Values Center, Pendleton collaborated on a reference guide titled “Coral Reefs, Mangroves and Seagrass Economic Values: A Global Compilation” (2008) which compiled statistics on the economic value of marine resources with the goal of providing that information to managers and planners of marine and coastal development to promote sustainable development of coastal and marine areas. Regarding the contents and purpose of the guide, Pendleton said “This guide will give planners and conservationists scientific evidence of the economic importance of the other values provided by coral reefs, mangroves, and sea grasses.”

In the United States, Pendleton has studied water quality off the beaches of Southern California, looking at the “economic contributions” of beaches and the impact that water quality has on that “contribution” including the “costs associated with pollution of coastal waters and the economic benefits associated with cleaning them.” His studies have included an investigation (in 2006) of the costs of health care and time missed from work by beachgoers due to illness related to low water quality at several South California beaches.

Pendleton worked with NOAA in 2005 on the National Ocean Economics Program (NOEP) as a nonmarket research specialist. The goal of this program was to determine the value of ocean and coastal resources to give coastal managers a “better understanding of the value of an area’s resources and how important they are to local and national economies.”

In 2002, Pendleton published a report titled “A Preliminary Study of the Value of Coastal Tourism in Rincon, Puerto Rico” assessing the percentage of Rincon’s income that has coastal tourism as its source. Pendleton stated that “should the quality of the coastal and ocean resources of the area become impaired, it is likely that a large portion of Rincon’s economy will be lost” and estimated the annual income generated by tourism related to coastal and ocean resources to be greater than $51.9 million. The information from this 2002 report has been cited as instrumental to the designation of the Tres Palmas Marine Reserve (in 2008) as a marine protected area, resulting in the protection of “one of the last remaining elkhorn coral reefs in the Caribbean” and the continued status of Rincon as a “surfing epicenter”.

Linwood Pendleton (born July 20, 1964), an American environmental economist, is the World Wildlife Fund (WWF) Global Oceans Lead Scientist. He works across the WWF network and with partners to integrate science and research into ocean conservation strategy and initiatives. Since October 2014, Pendleton has served as International Chair in Marine Ecosystem Services at the Laboratory of Excellence and European Institute for Marine Studies (IUEM – University of Western Brittany). He is also a senior fellow at Duke’s Nicholas Institute for Environmental Policy Solutions (NIEPS) and Adjunct Associate Professor at the Duke University Marine Laboratory, part of NIEPS. He previously served as the Director of Ocean and Coastal Policy for the Nicholas Institute (2009-2013) and was the founder of the Marine Ecosystem Services Partnership. Pendleton was the Acting Chief Economist for the National Oceanic and Atmospheric Administration (NOAA) from 2011-2013. 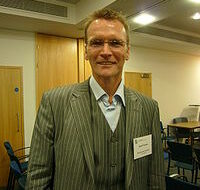 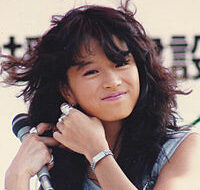