Marietta Piekenbrock was born on 1964 in Westphalia, Germany. Discover Marietta Piekenbrock’s Biography, Age, Height, Physical Stats, Dating/Affairs, Family and career updates. Learn How rich is She in this year and how She spends money? Also learn how She earned most of networth at the age of 56 years old?

She worked intensively with many important artists such as Hans Werner Henze, who wrote his last opera, Gisela! For the RUHR.2010 (an opera for and about youth, premiered at the RuhrTriennale)., the Pottfiction festival, the Odyssee Europa project which involved six theaters of the Ruhrgebiet area performing modern versions of Homer’s Odyssey in two days. and artist groups like Rimini Protokoll and raumlaborberlin.

Piekenbrock studied Theatre, Philosophy and Art history in Aix-en-Provence, Munich and Paris with Julia Kristeva where she first worked as an author, curator and translator. In subsequent years she collaborated closely working theatres, museums, galleries, archives and publishers generating exhibitions, installations and artist’s book. From 2000 she was active as an independent journalist for various newspapers and periodicals, from 2003–2003 as drama critic for the daily ‘Frankfurter Allgemeine Zeitung’. 2004–2007 she worked for the RuhrTriennale as a dramaturg under general director Jürgen Flimm. 2007 she joined the administration of the European Capital of Culture RUHR.2010 as a head of music, theatre, dance and performance programming. The composer and intendant Heiner Goebbels invited her to become leading dramaturg for the Ruhrtriennale 2012-2014. Marietta Piekenbrock lives in Essen, and is mother to three children.

Marietta Piekenbrock (born 1964 in Westfalen) is a German art curator, dramaturge, author and a cultural manager. Her projects combine theatre, dance, performances and music with cultural history, architecture and everyday life. As an artistic manager of the Cultural Capital of Europe RUHR.2010 and Istanbul.2010, and for the Ruhrtriennale 2012-14, she invited international artists and curators to collaborate with the local cultural participants and players on developing new artistic projects in areas of radical social change. Her programmes of events and initiatives made a strong case for sustainable cultural practice. Her 2012 series of events “No Education” promoted a new discourse on the relationship between art, children and education. 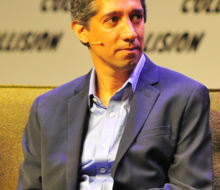