Millicent Stephenson was born on 11 July, 1963 in Birmingham, United Kingdom, is a British musician. Discover Millicent Stephenson’s Biography, Age, Height, Physical Stats, Dating/Affairs, Family and career updates. Learn How rich is She in this year and how She spends money? Also learn how She earned most of networth at the age of 57 years old?

We recommend you to check the complete list of Famous People born on 11 July.
She is a member of famous with the age 57 years old group.

She started a Podcast in 2019 called ‘Success Beyond The Score’ to help musicians and singers who are starting out in the music industry. She is the author of an EBooklet called ‘Revealed – 25 Secrets of the Successful Gigging Musician, Singer, Rapper and Spoken Word Artiste’. She wrote the guest Blog for the Musicians Union ‘Children of The Windrush Generation Make Music’. She wrote the article ‘Where Are All The Female Musicians?’ for Keep The faith magazine. In 2018 Millicent was a guest speaker for WhiiseCon an International Music Conference. Millicent Stephenson teaches saxophone, piano and topics related to the music industry.

Her debut EP (Extended Play Record) was This is Life, launched on her own label ‘Sliver Gliss Music’. Millicent is a song writer and her track ‘It’s All Good’ was featured on BBC Introducing and Ketch A Vibe Radio. ‘I Will Go On’ featured on BBC WM Nikki Tapper Show, and also Bed and Breakfast’ Show of Spitfire Radio. Millicent has also written ‘My Love’ ‘I’d Be Blue If I Didn’t Have You’ and ‘Oh Ageing What A Thing’, each has been aired on radio and featured on her album ‘Reflective Notes’. Her up-tempo reggae cover single of Tamela Mann/Kirk Franklin ‘Take Me To The King’ aired on the Gordon West World Wide show of Kick FM Radio, an international syndicated station and the song was placed on general rotation.

Millicent performs Jazz, Reggae, Gospel, Blues and Soul with a live Band, singers and dancers or solo with Backing Track. She created her annual show called ‘Not Just Jazz’ in 2014. She supports Charities through her Show. She gave the National Caribbean Monument Charity the opportunity to highlight the need for a Monument in the National Memorial Arboretum commemorating service men and women of the Caribbean. She also supported Café On The Green which provides meals for people on low income, and SHAPE a women’s refuge.

Millicent set up Cafemnee in 2014 to support female musicians, singers, songwriters and producers. Cafemnee featured in BBC1 Songs of Praise. 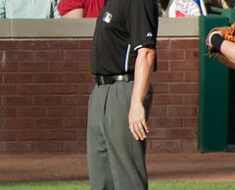