Natascha Engel was born on 9 April, 1967 in West Berlin, is a British Labour politician. Discover Natascha Engel’s Biography, Age, Height, Physical Stats, Dating/Affairs, Family and career updates. Learn How rich is She in this year and how She spends money? Also learn how She earned most of networth at the age of 53 years old?

We recommend you to check the complete list of Famous People born on 9 April.
She is a member of famous Politician with the age 53 years old group.

Who Is Natascha Engel’s Husband?

Her husband is David Salisbury-Jones (Divorced 2012)

She net worth has been growing significantly in 2018-19. So, how much is Natascha Engel worth at the age of 53 years old? Natascha Engel’s income source is mostly from being a successful Politician. She is from United Kingdom. We have estimated Natascha Engel’s net worth, money, salary, income, and assets.

On 28 April 2019, she resigned as fracking tsar giving an interview to The Mail on Sunday saying that the requirement that fracking be shut down in the event of earth tremors measuring 0.5 on the Richter magnitude scale was “making fracking impossible”.

On 5 October 2018 the Conservative government announced Engel as the new commissioner for shale gas. According to the Department for Business, Energy and Industrial Strategy she “will be a direct communication link between local communities, the shale gas industry and the industry regulators.” As fracking tsar she said that people opposing fracking were ‘hysterical’ and had ‘knee jerk reactions’: “Environment lobbyists and campaigners should be fracking’s number one fans. They should be pushing the government to get fracking while we try and bridge that gap between the renewable energy that we’re using at the moment which is absolutely negligible.”

In explanation of her eventual defeat in the 2017 general election, Engel pointed to problems in Labour gaining votes in its post-industrial heartlands and the absence of a significant student vote in the constituency, comparing the situation with her native Canterbury where Labour had gained the seat in the election for the first time.

Engel supported continued membership of the European Union in the 2016 referendum.

In the 2015 general election, Engel’s majority of 1,883 was the 17th-smallest of Labour’s 232 seats by percentage. She had been expected to lose but she retained her seat.

Engel did not agree with the committee’s report, which contained proposals for the creation of a committee to schedule backbench business, the establishment of a committee to set the Commons’ agenda and the election of select committee chairs by secret ballot. She felt those three changes would transfer power ‘from one elite—in this case, the Executive—and handing it to another—a group of senior Back Benchers’. She also said they would be ‘a step in the wrong direction’ because they were small changes that would risk standing in the way of more sweeping reforms as MPs would essentially be telling themselves and the public ‘we’ve done [reform], we will move on’. Engel drafted a minority report that proposed restarting the committee’s work after the 2010 election, when it would have more time to investigate and deliberate.

Engel has had extensive involvement in the trade union movement and was Second Deputy Chair of Ways and Means (one of three positions held by deputy speakers). For her work in Parliament she was awarded Parliamentarian of the Year in 2013 by the Political Studies Association. She was Commissioner for Shale Gas from October 2018 until resigning in April 2019.

According to The Guardian, Engel was quoted in her resignation as saying that “The UK is currently spending £7bn a year on importing gas – money that is not being used to build schools, hospitals or fix the potholes in our roads”, despite the fact that the British Government does not itself procure gas, given that the energy industry was privatised several decades before; further to this, any UK oil or gas production is taxed by the government, and such production improves both the balance of trade (by supplanting some gas imports) and national GDP.

In 2012, she and her veterinary surgeon husband divorced; they have three sons.

Engel’s role was to allocate roughly one day a week parliamentary debating time between competing backbenchers by a process described by Quentin Letts as akin to Dragons’ Den. She has expressed pride in the committee which is “a powerful check on the executive”. Debates are allowed on any topic and, unless they are against party policy, the whips don’t interfere. The most contentious debate was on the EU referendum held on 24 October 2011. Engel is producing an ‘end-of-term’ report on the performance of the committee and recommendations for improvement—a review is required as part of recommendations of the Wright Committee. Engel was re-elected, unopposed, to the chair of the committee May 2012.

In the May 2010 general election, the swing to the Conservative party in her constituency was 8.6%, compared to an East Midland average of 6.7%.

On 15 June 2010, the House of Commons voted to create a Backbench Business Committee, and one week later, Engel defeated Sir Alan Haselhurst 202 to 173 in a secret ballot of MPs to become its first chair. On 6 July 2011 she was named “Backbencher of the Year” for her work with the committee. Interviewed in the April 2012 edition of Total Politics, Engel expressed surprise at her status in being pictured alongside that of the Coalition leaders and the Speaker in an exhibition on democracy.

In May 2009, during the expenses scandal the Derby Telegraph contacted all the MPs in Derbyshire for their opinion of the issues raised. Engel provided the Derbyshire Times with all her claim forms. The paper subsequently invited other members of parliament within its circulation area to do the same but only the neighbouring Amber Valley MP Judy Mallaber accepted. The Sunday Telegraph, published ten days later, showed that after her election in 2005, Engel claimed £158.45 incidental expenses for “political history” items, some of which she told the paper she would repay.

In February 2007, Engel introduced a Ten Minute Rule Bill which proposed to require doctors to supply free condoms at their surgeries, noting that the Bill had the support of the Family Planning Association, Terrence Higgins Trust, Royal College of General Practitioners, and the Royal College of Nursing. She took a period of maternity leave from December 2007. Engel was one of the fifteen MPs to formally nominate John Bercow as the new Speaker of the House of Commons in the election in June 2009. She became chair of the All-Party Insolvency Group in 2009.

Engel collaborated on a chapter in the Institute for Public Policy Research book Politics for a New Generation in 2007 which was titled “Moving on up: Progression in the Labour Market”. In October 2008 Engel called for Labour MPs to be given a free vote on the issue of banning smacking of children, complaining that she was put in an “impossible position of choosing between party loyalty and a reform that we believe in passionately”.

Engel represents the Labour Party on the Board of Trustees of the UK Youth Parliament and has worked to encourage young people to participate in democracy. With her local council she set up a ‘Question Time’ event for local pupils to question a panel including then-cabinet member Geoff Hoon and the leader of the council. In December 2007, she was a sponsor of a Private member’s bill introduced by Julie Morgan which would have reduced the voting age to 16. Engel became chair of the All Party Parliamentary Group on Youth Affairs in 2008. In a Fabian Society survey of some Labour MPs in Autumn 2007, Engel’s suggestion for the next Labour general election manifesto was for sex and relationship education to be compulsory in all schools and taught by a professional.

At the ePolitix Charity Champion awards in November 2007, Engel was named “Children and Youth Champion” for her work. At the 2007–08 annual general meeting of the British Youth Council, she was chosen as an Honorary President of the council.

Engel became Secretary of the All-Party Media Literacy Group in 2006. She backed Peter Hain for the Labour Party deputy leadership in the 2007 election, and served as Parliamentary Private Secretary to Hain from July 2007 until Hain resigned from the Government in January 2008. Engel left the Work and Pensions Committee in November 2007. She performed the same role for Liam Byrne from October 2008, transferring to work for John Denham from January 2009. She was appointed to the Select Committee on Reform of the House of Commons when it was set up in July 2009.

Following the decision to stand down of sitting MP Harry Barnes, she was selected as the Labour candidate for North East Derbyshire at the 2005 general election. “Easily” defeating local candidates, she denied that this was due to her connection to the then-Chancellor of the Exchequer Gordon Brown. In the election, Engel retained the seat with a majority of 10,065. She bought a house at Barrow Hill in her constituency in July 2006.

When the MP participation in Select Committees was formalised in the new Parliament, Engel was appointed to the Work and Pensions Select Committee. She made her maiden speech on 20 October 2005, the last of the incoming Labour MPs to do so. In the speech, Engel concentrated on constituency affairs, supporting devolution of power and resources to local communities and highlighting examples in Staveley and Grassmoor which are both within her constituency. She defined socialism as “the simple idea that if someone helps their neighbour, their neighbour will help them”. In 2006, Engel was included on a list of up and coming MPs compiled for Sky plc. The MPs, 15 from each of the Conservative and Labour parties were to be invited to “Rising Star” dinners and asked to comment on Sky’s broadcasting policy.

Also in 2005, she advised the Fees office of above limits second home claims, paying the excess though £1,666 worth of kitchen goods were paid in full. She admitted that with hindsight she would not have claimed for some kitchen items which were “the letter… not the spirit, of the law”. However, she cited costs of setting up a second home and a constituency office, and said she had paid out the money and had not acted corruptly, so she would not be repaying it.

She was an assistant to John Healey in February 2003, and collaborated with him on a pamphlet, published by the TUC, and an article, published by the New Statesman, arguing that unions should offer learning opportunities in order to recruit more members.

Engel joined the Labour Party staff as a Trade Union Liaison Officer organising marginal seats campaigning at the 2001 general election. She later became policy co-ordinator for the Trade Union Liaison Office, leaving to work for Smith Institute as programme director. Working there for a year, her responsibilities included researching on skills and the needs of working women and Regional Economic Policy. In October 2002, through the Smith Institute, she co-wrote the book Age of Regions: Meeting the Productivity Challenge.

Natascha Engel (born 9 April 1967) is a British former politician. She served as Labour Party Member of Parliament (MP) for North East Derbyshire from 2005 until her defeat in the 2017 general election. 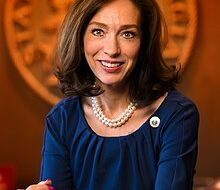 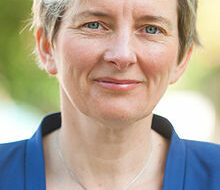 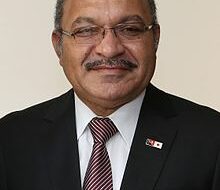