Neil Haddon was born on 1967. Discover Neil Haddon’s Biography, Age, Height, Physical Stats, Dating/Affairs, Family and career updates. Learn How rich is He in this year and how He spends money? Also learn how He earned most of networth at the age of 53 years old?

He net worth has been growing significantly in 2018-19. So, how much is Neil Haddon worth at the age of 53 years old? Neil Haddon’s income source is mostly from being a successful . He is from . We have estimated Neil Haddon’s net worth, money, salary, income, and assets.

Haddon’s painting ‘The Visit’, inspired by his migration to Tasmania and H.G. Wells’ novel War of the Worlds was awarded the A$100,000 Hadley’s Art Prize in 2018. Hadley’s Prize judge and Tasmanian Museum and Art Gallery curator, Jane Stewart, described the painting as “a complex and accomplished painting that raises many questions about landscape, custodianship and contact history.” Haddon’s painting Portrait with Paperchains, featuring his brother in law, Timothy Walker CBE, Chief Executive and Artistic Director of the London Philharmonic Orchestra, was awarded the $25,000 City of Whyalla Art Prize in 2011. Haddon returned to judge the Whyalla Prize in 2013. ‘Purblind (Opiate)’ won the $25,000 Glover Prize (Tasmania) 2008. His work ‘Survivor (del tink gyp flynn)’ was awarded the City of Devonport Art Award in 2006. His paintings have been selected for other significant art prizes including The Wynne Prize (Art Gallery of New South Wales), The Arthur Guy Memorial Art Prize (Bendigo Art Gallery)

Haddon’s paintings combine a wide range of influences and styles, from geometric abstraction to figuration. He has become known for using a variety of materials and techniques, from flat high gloss enamel painting to expressive oil painting. The sources for Haddon’s paintings come from an array of visual media that includes local newspaper images, archival photographs of Australia and the UK, and the paintings of earlier ‘colonial’ artists such as John Glover and Paul Gauguin. His paintings have been described as “a meta-landscape mash up of samples from John Glover and Paul Gaugin and the reflectiveness of your granny’s ornamental biscuit tins”. Kelly Gellatly, senior curator of contemporary art at the National Gallery of Victoria described Haddon’s work as abstract painting that “doesn’t depict a traditional landscape but is evocative in its use of darker aspects of landscape.” Haddon describes working from these sources as “a process of razing an image to the ground and then building back up.” Andrew Frost of The Guardian described Haddon’s 2016 painting I Read Day of the Triffids When I Lived in England (and now I Live in Tasmania) as “a delightful post-painting nightmare.”

Haddon’s paintings have been exhibited in Australia, the US and Europe. Recent exhibitions include: Theatre of the World, MONA (and La Maison Rouge, Paris) curated by Jean-Hubert Martin, Platform Los Angeles, Strange Trees, Tasmanian Museum and Art Gallery, Hobart, This Is No Fantasy / Dianne Tanzer Gallery, Melbourne and MOP Gallery, Sydney. His paintings were featured in Ten Days on the Island, 2003 and were described by Daniel Thomas as “a high-spirited meeting of Pop art and popular culture with austere reto-Futurist abstraction.”

Haddon relocated to Barcelona, Spain in 1990 and lived and worked there until 1996. He maintained a studio in Cornellá throughout this period. He held his first solo exhibition at Galería Carles Poy in 1992. In 1996 he moved to Tasmania, Australia. He has lived and worked there since then. In 2002 he was awarded a Master of Fine Art from the Tasmanian School of Art, University of Tasmania (now the School of Creative Arts and Media, University of Tasmania, CAM). He has held a variety of part-time teaching posts at CAM, lectures in painting and is a post graduate supervisor. In 2014 Haddon undertook a three-month residency in New York at the Australia Council for the Arts Greene Street Studio. Haddon was the Chair of Contemporary Art Tasmania from 2010 to 2016 and is currently a board member of Salamanca Arts Centre. 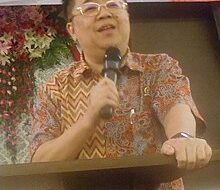 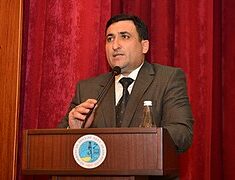 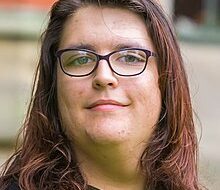