Peter McIntyre was born on 27 April, 1966 in Gisborne, Australia, is an Australian cricketer. Discover Peter McIntyre’s Biography, Age, Height, Physical Stats, Dating/Affairs, Family and career updates. Learn How rich is He in this year and how He spends money? Also learn how He earned most of networth at the age of 54 years old?

We recommend you to check the complete list of Famous People born on 27 April.
He is a member of famous Cricketer with the age 54 years old group.

He net worth has been growing significantly in 2018-19. So, how much is Peter McIntyre worth at the age of 54 years old? Peter McIntyre’s income source is mostly from being a successful Cricketer. He is from Australia. We have estimated Peter McIntyre’s net worth, money, salary, income, and assets.

Peter McIntyre had an unprecedented success rate against Sachin Tendulkar, who played against him just once – in a one-off Test in Delhi in October 1996 (Shane Warne was missing after finger surgery). It was Tendulkar’s first match as captain – he started with a victory, despite a modest match personally with the bat – and McIntyre had him caught for 10 by Mark Waugh with the second ball he bowled to him. McIntyre went on to take 3 for 103 but, according to Wisden, “bowled steadily but without variation or much imagination”. This was his second Test – and he did not play another one, once Warne returned.

He was a leg-spin bowler, unlucky to have arrived at the same time as fellow spin bowlers Shane Warne, and to a lesser extent, Stuart MacGill; consequently he never managed to establish himself fully in the national side. He played in two Tests, one against England in Adelaide in 1995 and another against India at New Delhi in 1996.

In the 1995-96 Sheffield Shield final, he and Shane George, South Australia’s last two batsmen, held out the Western Australian bowlers for 40 minutes to ensure a draw and, as a result, victory for South Australia in the season’s Shield competition.

Peter Edward McIntyre (born 27 April 1966, Gisborne, Victoria) is a former Australian cricketer who played in two Tests from 1995 to 1996. 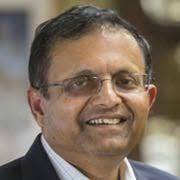