Philip Smith (Philip John Smith) was born on 10 July, 1965 in Gloucester, is a Spree killer jailed for life in 2001 for the murders of three women. Discover Philip Smith’s Biography, Age, Height, Physical Stats, Dating/Affairs, Family and career updates. Learn How rich is He in this year and how He spends money? Also learn how He earned most of networth at the age of 55 years old?

We recommend you to check the complete list of Famous People born on 10 July.
He is a member of famous with the age 55 years old group.

His net worth has been growing significantly in 2021-22. So, how much is Philip Smith worth at the age of 55 years old? Philip Smith’s income source is mostly from being a successful . He is from . We have estimated Philip Smith’s net worth, money, salary, income, and assets.

An inquest into Lynott’s death was held at Birmingham Coroner’s Court in January 2003. The hearing was told that marks found on her back and an arm may have been bruising, but the pathologist who conducted the original post mortem could not be sure how she had died, because her body had lain undiscovered for up to seven days. It was also said that, despite her connection with Smith, police and four pathologists had failed to establish that Lynott had been murdered. The coroner’s jury returned an open verdict.

Smith was apprehended after he contacted West Midlands Police saying that he wished to make a statement about Corcoran’s disappearance. At the time, however, her body had not been positively identified, and inquiries quickly established that some aspects of his account were false. The murder inquiry, named Operation Green, uncovered a large quantity of strong evidence incriminating Smith, but at first he denied responsibility. He maintained his innocence as his trial began in July 2001, but later in the proceedings changed his plea to guilty and was sentenced to life imprisonment. The motive for his crimes was unclear, but police who arrested him believed that a “lack of permanent sexual relations” was a contributing factor.

Smith’s trial began at Leicester Crown Court on 3 July 2001, where he pleaded not guilty to the three murder charges. The case was prosecuted by Tim Raggatt, QC, and Smith was defended by Rachel Brand, QC. On the opening day of the trial, Raggatt told the Court there was “powerful and compelling” scientific evidence linking Smith to the killings. Smith’s defence was that traces of blood found on his clothes were there because police had tampered with evidence, while the trousers belonging to Rosemary Corcoran found at his flat had been among a bag of clothes Smith had stolen from outside an Oxfam shop.

On 17 July Smith complained of feeling unwell with chest and eye pain while under cross-examination, and proceedings were briefly halted while he was treated for the symptoms of a panic attack. When Smith returned to the witness stand, he said he wished to speak to his barrister. Presiding judge Rafferty told him that he must answer questions, to which Smith replied: “I want to change my plea. I’m fed up with this. I want to change my plea.” The charges were read to him again the following day, and he pleaded guilty. On 18 July 2001 Smith was sentenced to life imprisonment. In January 2005, Birmingham’s Sunday Mercury newspaper reported that Smith had decided to change his plea after police agreed to return £400 confiscated from him during a raid on his flat after his arrest, and that he wanted the money to buy Mars bars in prison.

Because Lynott had worked alongside Smith at the Rainbow, West Midlands Police wished to re-examine the cause of her death. In early 2001, investigators asked the Irish authorities for a new post mortem, and on 8 March Lynott’s body was exhumed by Gardai from a cemetery in Athlone and taken to the city morgue in Dublin for further examination by Ireland’s State Pathologist, Dr John Harbison. However, the results of this autopsy also proved inconclusive.

Police also conducted a routine re-examination of other unsolved murder cases dating back 20 years in areas where Smith had lived. Officers from West Midlands Police held a conference in October 2001 with representatives from several other forces, including West Mercia and Gloucestershire, to share information about unsolved murder cases in their areas. Detectives interviewed Smith three times, but he refused to answer their questions, and no further charges were brought.

Detectives also investigated the death of a woman who had been a colleague of Smith at the Rainbow. Patricia Lynott, a divorced mother of two from Ireland who had moved to Birmingham, had been found dead in her flat in October 2000. Police had not treated the death as suspicious, but after they discovered her connection to Smith, her body was exhumed for a second post mortem. This proved to be inconclusive, and in January 2003 a coroner’s jury in Birmingham recorded an open verdict after hearing that the cause of her death could not be determined.

On 8 November 2000, Smith met 21-year-old Jodie Hyde, a recovering butane gas addict from Alum Rock, Birmingham, at the Rainbow pub, and they were seen leaving together. He took her to a hospital appointment and later killed her. Prosecutors believed that he strangled her at his flat and dumped her body near a recreation ground near Golden Hillock Road in Sparkbrook, where he set it alight. The still-smouldering remains were discovered at 6:15 am next morning (9 November) by two patrolling police officers. The body was barely recognisable and had to be identified using fingerprints. A subsequent post mortem concluded that she had been strangled before being rolled up in a carpet and set on fire.

Smith was charged with Corcoran’s murder on 17 November 2000 and remanded in custody the following day. By this time her death had been linked to the killing of Hyde. Police interviewed Smith in connection with the deaths of Hyde and Jordan on 28 November and charged him with their murders two days later. While awaiting trial, Smith was held as a Category A prisoner in the high-security Woodhill Prison in Buckinghamshire.

As a result of their inquiries into Smith’s background, police launched an investigation into the death of a fourth woman who was discovered to have had links to him. Patricia Lynott, a 47-year-old divorced mother of two, had moved to Birmingham from Athlone during the mid-1990s. On 23 October 2000, while she was employed at the Rainbow pub as a cleaner and to look after the licensee’s children, she was found dead in the bedroom of her flat on Maxstoke Street, Bordesley Green. Police believed at first that she had died of natural causes. A post mortem failed to establish a cause of death, and her body was returned to Ireland for burial.

Smith moved from Gloucester to Tewkesbury and then Ross-on-Wye, where he lived with a female partner. They had a son in 1990 and two more children in 1992, but Smith left the family and moved to Cardiff when the relationship became difficult. He then spent a year in Ireland lodging with a travelling family who took pity on him while he was hitchhiking in Athlone, County Westmeath. He told them he was an English gypsy visiting Ireland, and they allowed him to live rent-free in a spare caravan, while he contributed a portion of his unemployment benefit towards food. This family asked Smith to leave when they became uncomfortable about sexual remarks he had made to young female members of the family.

Smith moved to Birmingham towards the end of 1999 and stayed briefly at the Trinity Centre, a hostel for the homeless in Digbeth, before moving to a property managed by a housing association in Braithwaite Road in the Sparkbrook district of Birmingham. He became well-known locally and was a regular patron of the Shamrock Cafe on Stratford Road and of the Rainbow pub in Digbeth, where he was employed on a casual basis as an odd-jobber and served as an unofficial taxi driver for drinkers.

Smith received over 30 criminal convictions for minor offences, beginning in May 1984 when he was fined £100 for theft. His record also included handling stolen goods, burglary and driving without a licence, but no violence. At 6 ft 4 in and weighing 22 stone, with a dishevelled appearance and a soft West Country accent, he was considered gentle by those he met. In an interview with the Birmingham Evening Mail following Smith’s trial in July 2001, Jim Smith, proprietor of the Shamrock Cafe, said, “He was a gentle giant who we named ‘Bigfoot’ because his boots always used to leave black marks on the floor. Ninety-nine per cent of the time he had a dirty appearance and looked like he had been working on a car.”

Philip John Smith (born 10 July 1965 in Willenhall, West Midlands, England) is an English spree killer serving a life sentence for the murders of three women in Birmingham. A former fairground worker employed at the Rainbow pub in the Digbeth area of the city, Smith killed his victims over a four-day period in November 2000, befriending two of them at the Rainbow before carrying out the crimes. All three victims were mutilated almost beyond recognition, but Smith was quickly identified as the killer because of the overwhelming evidence linking him to the deaths.

Philip John Smith was born in 1965 at the City Maternity Hospital in Gloucester, where he grew up. The son of sawmill labourer Henry John Smith and his wife Rose Smith (née Luckins), he was the oldest of five siblings. Smith’s family lived in Midland Road, where they were neighbours of serial killers Fred and Rosemary West, before moving to Hailes Road on the Coney Hill Estate in 1971. The family had a modest income, and their situation became worse when Smith’s father was injured in a motoring accident. Smith attended Coney Hill Infants and Junior School and later went to a special school for children with learning difficulties. He left school at 14 to join Billy Danter’s Funfair, which toured extensively throughout the United Kingdom and also employed his father. He worked out of season as a farmhand, labourer and security guard. 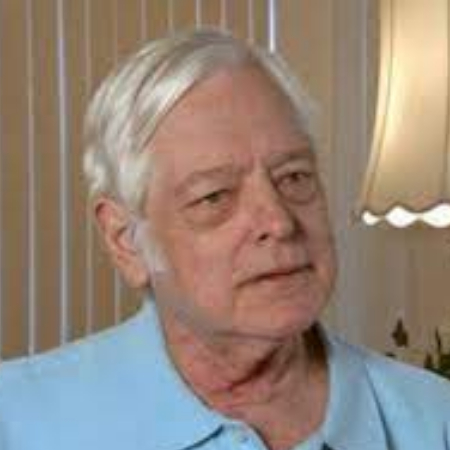 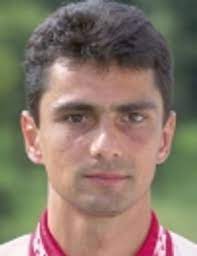