Robert MacLaren was born on 14 November, 1966 in Surrey, England. Discover Robert MacLaren’s Biography, Age, Height, Physical Stats, Dating/Affairs, Family and career updates. Learn How rich is He in this year and how He spends money? Also learn how He earned most of networth at the age of 54 years old?

In the past, retinal diseases of the eye could be monitored to microscopic level – using laser scanners and microscopes – but interventions were not possible because the delicate nature of the eye meant that surgical operations were beyond the physiological limits of the human hand. On 9 September 2016, operating at the John Radcliffe Hospital in Oxford, MacLaren and Dr. Thomas Edwards performed the world’s first robot-assisted operation inside the eye. The patient was the Rev. Dr. William Beaver, a local priest.

The Oxford NIHR Biomedical Research Centre (OxBRC) is, as evidenced by NIHR funding allocation, one of England and the UK’s leading centres for medical research. It is sometimes styled ‘Oxford (OUH) NIHR BRC’ since the establishment of a second BRC in Oxford: the Oxford Health NIHR BRC. The OxBRC’s NHS Host is the Oxford University Hospitals NHS Trust, where Mr. MacLaren is a Consultant Ophthalmologist and its Academic Partner is the University of Oxford, where MacLaren is also Professor of Ophthalmology. Additionally, in 2016, the NIHR appointed MacLaren to be a senior investigator, or lead researcher, for the speciality of ophthalmology.

On 8 June 2015, the improved Alpha AMS device was implanted in the first patient, again with MacLaren carrying out the procedure, in Oxford.

In 2014, with Oxford University, he co-founded the private bio-technology company NightstaRx Ltd., also known Nightstar, in which he remains a director, and which is based at the offices of the Wellcome Trust in London.

MacLaren is described as ‘one of the stars’ of the developing inter-disciplinary field of ophthalmic translational medicine (TM). This combines practical skills in eye surgery with clinical academic application in research, to investigate the diseases of the eye ‘from bench to bedside’: aiming to improve patient outcomes, at least by arresting or slowing the progress of a disease, or – ideally – by reversing the effects, partially or totally. Once the processes of the diseases are understood, new surgical technologies are furthering the options for a surgical solution and new ophthalmic technologies have created a variety of implants, such as electronic retinal devices for prosthesis. Furthermore, the enhanced precision of surgery allows additional interventions, with the application of gene therapy and stem-cell therapy to retinal dystrophies (inherited conditions).

As a Bodley Fellow – the active staff of the college – at Merton, since October 2007, he is a stipendiary lecturer in human anatomy. He has held weekly tutorials in medical sciences for undergraduates since 1992: anatomy, genetics and cell biology for Year 1, and neuroanatomy and visual neuroscience for year 2; third year FHS topics relate to gene therapy, stem cells or visual neuroscience.

The technology spin-out was developed with Oxford Innovation, Ltd. and Syncona Ltd. and the clinical-stage company now is backed by Syncona, NEA venture capital and Oxford Science Equity-Management (OSEM). It was formed to develop commercial gene therapy treatments to treat choroideremia – an inherited cause of blindness affecting 1 in 50, 000 – and other forms of inherited retinal dystrophy. The company has received four rounds of funding, including its IPO on NASDAQ in September 2017.

Professor MacLaren is also a commissioned officer in Group A – the units intended for operational service – of the Territorial Army, now Army Reserve, of the British Army. As a qualified doctor, he served as a Medical Officer (MO) in the Royal Army Medical Corps. He achieved the rank of major.

The pilot-trial of 22 March 2012 tested the Alpha IMS device. The supporting power-plant procedure was carried out by surgeon Mr. James Ramsden with Mr. Markus Groppe. The main operation was undertaken, at Oxford, by MacLaren with Mr. Tim Jackson, consultant surgeon at Kings College Hospital. The patient was Chris James, a council-worker from Wiltshire. MacLaren suggested that if the trial were successful, an electronic retina could become standard for patients with retinitis pigmentosa (RP). He warned that current devices were not suitable to treat age-related macular degeneration (AMD) or diseases of the optic-nerve, such as glaucoma. The following week, Mr. Jackson, with Prof. MacLaren, operated on Robin Millar, a music-producer, in London; another four UK patients also received the device during that year.

This trial was funded by the Health Innovation Challenge Fund and the Oxford (OUH) BRC. It addressed the progress of the disease choroideremia, or choroideraemia, in which a faulty gene, CHM, leads to a loss of REP1 protein, affecting the retinal pigment epithelium (RPE) and causing progressive loss of vision. On 24 November 2011, Mr. Jonathan Wyatt, a Bristol barrister, received a ‘good copy’ of the REP1 gene, administered through an adeno-associated virus (AAV) – serotype 2 (AAV2) – as a vector, in fluid under the retina. By 2016, the results of the trial appeared both ‘promising and lasting’ and further work was authorised, with a view to seeing whether the process could eventually be applied to more common conditions, such as age-related macular degeneration (AMD).

MacLaren has been a Consultant Ophthalmic Surgeon for the Oxford University Hospitals NHS Foundation Trust (OUH) since March 2009. His surgical work is based largely at the Oxford Eye Hospital and the Nuffield Laboratory of Ophthalmology [NLO], both located within the John Radcliffe Hospital, on Headington Hill in Oxford. He has also been Honorary Consultant Vitreoretinal Surgeon at Moorfields Eye Hospital NHS Foundation Trust, in London, since May 2006.

In addition to his other duties, MacLaren has a full programme of teaching and tutoring. He is formally qualified, with a Postgraduate Diploma in Learning and Teaching in Higher Education (PGDipLATHE) from 2006. He has been a Fellow of the Higher Education Academy since June 2003.

He has been a Fellow of the Royal College of Surgeons of Edinburgh (RCSEd) since July 1998 and was awarded their annual King James IV Professorship in 2007.

Robert MacLaren was born on 14 November 1966, at Epsom in Surrey. His father was a photographer, which prompted an early interest in optics. MacLaren was educated and trained at the University of Edinburgh Medical School, from 1985 to 1990, where he graduated with a Bachelor of Medicine (MB) and a Bachelor of Surgery (ChB). Dr. MacLaren then earned an academic doctorate, between 1992 and 1995, at the University of Oxford, where the PhD is known as a DPhil. The doctorate was for his work on optic-nerve regeneration. As an undergraduate, he also attended courses at Yale University, in the United States. 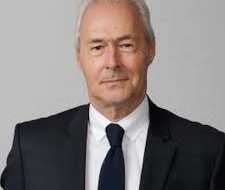