Rodolfo Massi was born on 17 September, 1965 in Corinaldo, Italy, is an Italian cyclist. Discover Rodolfo Massi’s Biography, Age, Height, Physical Stats, Dating/Affairs, Family and career updates. Learn How rich is He in this year and how He spends money? Also learn how He earned most of networth at the age of 55 years old?

We recommend you to check the complete list of Famous People born on 17 September.
He is a member of famous Cyclist with the age 55 years old group.

He net worth has been growing significantly in 2018-19. So, how much is Rodolfo Massi worth at the age of 55 years old? Rodolfo Massi’s income source is mostly from being a successful Cyclist. He is from Italy. We have estimated Rodolfo Massi’s net worth, money, salary, income, and assets.

In 1998, he had his best year. He won the Tour Méditerranéen and the Giro di Calabria. In the Tour de France, he won a mountain stage, and after the 16th stage was in seventh place in the general classification, and leading the mountains classification, when corticoids were found in his hotel room. He was questioned by the police, and was not able to start the next stage. Massi was the first rider in history to be arrested for breaking doping laws. Later, all legal charges against him were dropped, but the Italian Olympic Committee banned him for six months.

As an amateur, Massi won many races, and when he became a professional cyclist in 1987, much was expected from him. In 1988, he broke a leg, and after the operation, one of his legs was a few centimeters shorter than the other. Massi often complained that he was not able to cycle in a regular way, and became a domestique for many different teams.

Rodolfo Massi (Italian pronunciation: [roˈdolfo ˈmassi] ; born 17 September 1965 in Corinaldo) is an Italian former professional road bicycle racer. He won a stage in 1996 Giro d’Italia and 1998 Tour de France, but was expelled from the 1998 Tour de France after illegal doping was found in his hotel room. In the 1990 Tour de France, Massi was the Lanterne rouge. 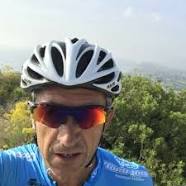 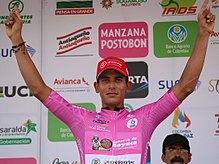