Rodrigo Dorfman was born on 11 February, 1967 in Santiago, Chile. Discover Rodrigo Dorfman’s Biography, Age, Height, Physical Stats, Dating/Affairs, Family and career updates. Learn How rich is He in this year and how He spends money? Also learn how He earned most of networth at the age of 53 years old?

We recommend you to check the complete list of Famous People born on 11 February.
He is a member of famous with the age 53 years old group.

Over the last decade, Rodrigo Dorfman has also worked on a number of projects in collaboration with different members and organizations of the Durham African American community. His collaboration with Jazz musician and band leader John Brown led to the short One Night in Kernersville, which won the Full Frame Jury Award in 2011 and the Best Cinematography Award at the Charlotte Film Festival. He spent three years working and documenting the creation of the Durham Civil Rights Mural, the first publicly funded public art work by the City of Durham. From the process, a 30-minute short, Living Colors was created and played at the local Hayti Film Festival. Rodrigo also worked with Brenda Miller-Holmes and a dozen community muralists who worked on the project and created an community centered exhibit called MURALIST!. During the creation of the Mural, Rodrigo Dorfman befriended the great civil rights warrior Ann Atwater. Rodrigo Dorfman quickly noticed that Ann Atwater kept complaining about her bed being too small. She was full of sores because she had no room to turn around. Rodrigo immediately created a series of video shorts about her needs, started a crowdsourcing campaign and helped raise $6,000 in less than one week in order to buy Ann Atwater the bed she needed. Rodrigo Dorfman also worked on Mayor Bill Bell’s Anti Poverty Campaign by creating a video to educate employers on the Second Chance program, facilitating the hiring of formerly incarcerated folk. He worked with SpiritHouse creating short fundraiser videos for their Harm Free Zone campaign. Rodrigo was commissioned to collaborate with Nia Wilson (SpiritHouse) on an essay/dialogue The Sweetness and the Spoil, Durham stories of Resistance. The essay featured Rodrigo’s short film Mother to Mother: Collective Son, created in collaboration with a SpiritHouse and SONG. Rodrigo was then commissioned to create a documentary about SpiritHouse by Alternate Roots, the result was Reshaping the Mo(u)rning a powerful collaboration centered on the staging of the play Collective Sun: Reshape the Mo(u)rning.

Rodrigo’s first feature documentary Generation Exile (2010) premiered at Full Frame in 2010 and then went on to screen at the SANFIC 6. It was awarded the LASA (Latin America Studies Association) Merit Award in Film in 2011.Rodrigo won the Full Frame Jury Award for the Best Short in 2011 for his jazz documentary, One Night in Kernersville. Tommy! The Dreams I Keep Inside Me, his 30-minute documentary on a 60-year-old man on the autism spectrum who dreams of singing with a big band was recently broadcast nationwide through UNCTV’s Southern Reel series. The first in part of his Resistance Trilogy documentaries, Occupy the Imagination: Tales of Resistance and Seduction premiered in SANFIC Santiago International Film Festival (2013) where it received Special Jury Mention. The film went on to screen at the Havana International Film Festival. He is an editor and cinematographer of the Sundance award-winning documentary Always in Season about the impact of lynching on three different communities. His latest film This Taco Truck Kills Fascists, a documentary on a Revolutionary Taco Truck Theatre in New Orleans was awarded the Best Louisiana Feature Award at the New Orleans Film Festival. FIESTA!Quinceañera, a digital series on quinceañeras for ITVS and PBS Digital Studios that he co-directed with Peter Eversoll recently premiered on the StoryCast YouTube Chanel. With creative producer Peter Eversoll, they adapted the series to a feature documentary which was broadcast nationwide on PBS on Season  4 of REEL SOUTH.

For the past 20 years, Rodrigo Dorfman has been documenting the emerging Latino community in North Carolina through a series of hybrid educational/neo-realist films (Angelica’s Dreams and [ https://www.youtube.com/watch?v=EYIwlchDeSE Roberto’s Dreams]) and VIVA LA COOPERATIVA[6] – a feature documentary on the history of the first Latino Credit Union in the US. Angelica’s Dreams (2008), won a Dora Maxwell Award for Social Responsibility. His documentary work formed the basis of the national traveling exhibit “NUEVOlution! Latinos and the New South” exhibited at the Levine Museum of the New South, the Birmingham Civil Rights Institute and the Atlanta History Center. He received a MUSE Award in Media and Technology from the AMA for his work on the Nuevolution! exhibit at the Levine Museum of the New South. Rodrigo was the community curator of Nuevo Espiritú de Durham, an exhibit of the Durham History Museum on the history of Latinos in Durham.

Rodrigo has contributed to Andre Codrescu’s Exquisite Corpse and the Durham Herald-Sun’ s award-winning bilingual page “Nuestro Pueblo”; he was the Triangle’s Spectator Magazine’ s film critic (2000–01) and a commentator for WUNC Radio. His photographs have been published in the Style Section of the Washington Post and Global Rhythm Magazine.

As a screenwriter, Rodrigo Dorfman won, with his father, the 1996 Writer’s Guild of Great Britain Award for best television screenplay for a BBC VJ Day special called Prisoners in Time, starring John Hurt. That was followed in 1998, with Deadline, a movie for Channel 4, England, shown as part of the 50th-anniversary celebration of the Declaration of Human Rights. Konfidenz, a radio play for the BBC, which he co-wrote with his father, was aired in England in Spring 2001. He also co-wrote Shaheed, for the BBC, a teleplay on suicide bombers, Los Angeles Open City, a pilot for HBO on Latinos in Los Angeles, and Blake’s Therapy for Salma Hayek’s company Ventanazul.

Rodrigo Dorfman (born 1967 in Santiago, Chile) is a multimedia award-winning filmmaker and producer living in Durham, North Carolina. He has worked with POV, HBO, Salma Hayek’s Ventanazul and the BBC among others. His films have been screened at some of the top international film festivals in the world (Toronto, Full Frame, Edinburgh, Telluride, Human Rights Watch). 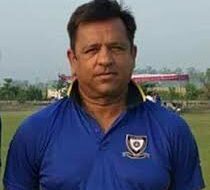