Ron Marz was born on 17 November, 1965 in Kingston, New York, United States. Discover Ron Marz’s Biography, Age, Height, Physical Stats, Dating/Affairs, Family and career updates. Learn How rich is He in this year and how He spends money? Also learn how He earned most of networth at the age of 55 years old?

We recommend you to check the complete list of Famous People born on 17 November.
He is a member of famous with the age 55 years old group.

He net worth has been growing significantly in 2018-19. So, how much is Ron Marz worth at the age of 55 years old? Ron Marz’s income source is mostly from being a successful . He is from American. We have estimated Ron Marz’s net worth, money, salary, income, and assets.

In 2011, Marz was the writer on Voodoo, which was part of DC Comics’ company-wide title relaunch, The New 52.

Marz became an editor of three of Virgin Comics’ Shakti Line titles in 2007 and oversaw Devi, Ramayan 3392 A.D. and The Sadhu. He wrote the Beyond series, based on a story created by Deepak Chopra.

Marz wrote Moonstone Books’ 2006 Annual featuring The Phantom, and was responsible for getting writers Chuck Dixon, Mike Bullock, Tony Bedard, and Rafael Nieves to participate with chapters for the book.

Marz’s 2000s work includes a number of Top Cow Productions comic books, including Witchblade, which he wrote from issue #80 (Nov. 2004) to issue #150, plus a number of specials and crossover stories featuring the character, such as Witchblade/The Punisher in 2007 and Witchblade/Devi in 2008. His other Top Cow work includes Cyberforce #1–6 in 2006 and Cyberforce/X-Men in 2007.

Marz is known for his work on Silver Surfer and Green Lantern, as well as the DC vs. Marvel crossover and Batman/Aliens. He co-created Genis-Vell in Silver Surfer Annual #6 (1993). Marz worked on the CrossGen Comics series Scion, Mystic, Sojourn, and The Path. At Dark Horse Comics he created Samurai: Heaven and Earth and various Star Wars comics. He has written for Devil’s Due Publishing’s Aftermath line including Blade of Kumori. In 1995, he had a brief run on X-O Manowar for Valiant Comics. The following year, Marz wrote the DC/Marvel: All Access limited series which was an intercompany crossover between DC and Marvel characters.

Ron Marz (born November 17, 1965) is an American comic book writer, known for his work on titles such as Batman/Aliens, DC vs. Marvel, Green Lantern, Silver Surfer, and Witchblade. 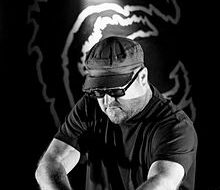 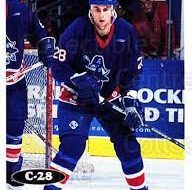 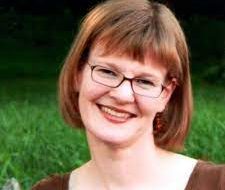 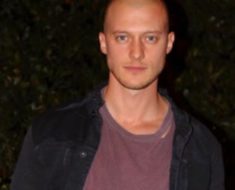