Ruth Picardie was born on 1 May, 1964 in Reading, United Kingdom, is a Journalist, editor. Discover Ruth Picardie’s Biography, Age, Height, Physical Stats, Dating/Affairs, Family and career updates. Learn How rich is She in this year and how She spends money? Also learn how She earned most of networth at the age of 33 years old?

We recommend you to check the complete list of Famous People born on 1 May.
She is a member of famous Journalist with the age 33 years old group.

Who Is Ruth Picardie’s Husband?

Her husband is Matt Seaton

She net worth has been growing significantly in 2018-19. So, how much is Ruth Picardie worth at the age of 33 years old? Ruth Picardie’s income source is mostly from being a successful Journalist. She is from United Kingdom. We have estimated Ruth Picardie’s net worth, money, salary, income, and assets.

Picardie died in Lambeth, London, aged 33. Her sister, Justine Picardie, with Beth Wagstaff (soon afterwards, another victim of the disease), established The Lavender Trust in her sister’s memory. The Trust focuses on raising funds and support for younger women suffering from breast cancer. Picardie and Wagstaff’s surgeon, Puvaneswary Markandoo, was subsequently found responsible for other misdiagnosis and negligence in surgical operations on women, and was removed from the medical register (‘struck off’) by the General Medical Council in December 2011.

Picardie married Matt Seaton in Worthing, West Sussex in 1994. They had two children, twins Joe Louis and Lola May (born 1995, Lambeth). Seaton was a keen competitive cyclist and is the author of The Escape Artist, which concentrates on his love of amateur cycling but also chronicled his wife’s struggle with breast cancer.

Ruth Picardie was born on 1 May 1964 in Reading. She was the daughter of South African émigrés. She read Social Anthropology at King’s College, Cambridge. She worked as an editor and journalist for The Guardian and The Independent newspapers in the UK. She also contributed to other publications, such as the New Statesman. Her memoir of living with breast cancer, Before I Say Goodbye, was published posthumously, culled from five columns written for the Observer’s magazine Life, and from her personal correspondence. These were collected and edited by her husband, Matt Seaton and her sister, Justine Picardie. 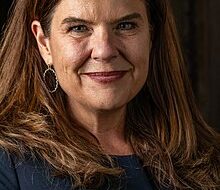 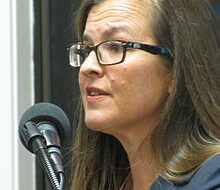