Sadie Jones was born on 1967 in London, United Kingdom, is a Writer. Discover Sadie Jones’s Biography, Age, Height, Physical Stats, Dating/Affairs, Family and career updates. Learn How rich is She in this year and how She spends money? Also learn how She earned most of networth at the age of 53 years old?

She net worth has been growing significantly in 2018-19. So, how much is Sadie Jones worth at the age of 53 years old? Sadie Jones’s income source is mostly from being a successful Writer. She is from British. We have estimated Sadie Jones’s net worth, money, salary, income, and assets.

The Outcast was short-listed for the 2008 Orange Prize. It was a Sunday Times Number 1 Bestseller and won the Best First Novel in the Costa Book Awards of 2008. It has been translated into twelve languages and sold more than 500,000 copies. The first episode of a two part TV adaptation of The Outcast, written by Jones, directed by Iain Softley, was broadcast on BBC1 on Sunday 12 July 2015. Writing in UK newspaper The Guardian, Julia Raeside wrote, “Sadie Jones risked smashing a perfect thing when she signed up to adapt her book The Outcast (BBC1, Sunday) for television. The novel, one of my favourites, bursts with a fragile intensity that, while filmic, seemed unlikely to survive the transition”, before concluding, “Every character uses a tenth of the words another writer might employ, because it’s all there. No need for prodding and over-talking. The tone set by Iain Softley’s beautifully restrained direction and the careful use of music creates a real feeling of loss from the start, just as in the book, but he somehow avoids all hammy visual foreshadowing and narrative signposting, so often used to gee a plot along”. The second episode was broadcast a week later, on 19 July 2015. Critical reception was mixed, but the BBC’s adaptation of The Outcast received a rating of 7.7/10 (from 502 users) on the Internet Movie Database (IMDb).

Sadie Jones married the architect Tim Boyd in 2000, they have two children.

Sadie Jones (born 1967) is an English writer and novelist best known for her award-winning debut novel, The Outcast (2008).

Sadie Jones’ second novel, Small Wars, set in 1956 Cyprus and inspired by the war in Afghanistan was published at the end of August 2009. Her third novel, The Uninvited Guests was published in March 2012. Set in the fading grandeur of an Edwardian country house, it is a darkly humorous, unsettling and ghostly tale, (“…a shimmering comedy of manners and disturbing commentary on class…a brilliant novel”). Her fourth novel, Fallout, May 2014, was set in the London of the 1970s, and described as “intoxicating and immersive” by the Sunday Times. The Snakes, her fifth novel, was published in March 2019 in the UK, and June 2019 in the United States. It was described in The Guardian newspaper by Elizabeth Lowry as ‘A serious investigation of avarice and justice, wrapped in the rhythms of a thriller,’ while Alice O’Keefe, in The Bookseller, wrote, ‘I was expecting this to be good. But, I have to tell you, I was awestruck… I may not read a better book this year.’ 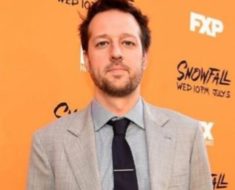 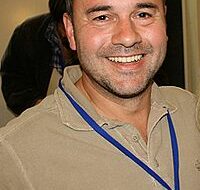 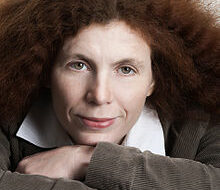