Sergey Parkhomenko was born on 13 March, 1964 in Moscow, Russia, is a publisher, journalist and political commentator. Discover Sergey Parkhomenko’s Biography, Age, Height, Physical Stats, Dating/Affairs, Family and career updates. Learn How rich is He in this year and how He spends money? Also learn how He earned most of networth at the age of 56 years old?

We recommend you to check the complete list of Famous People born on 13 March.
He is a member of famous with the age 56 years old group.

Who Is Sergey Parkhomenko’s Wife?

His wife is Varvara Gornostaeva

During Russia’s civic protest movement in 2011-2013, Sergey Parkhomenko was one of the leading figures of the movement. In the fall of 2012 he was elected a member of the Russian Opposition Coordination Council. Parkhomenko was instrumental in organizing mass rallies in Moscow in Winter 2011 – Spring 2012. In the spring of 2012, he co-founded the League of Voters and initiated mass lawsuits against government election fraud. This activity resulted in March 2013 in Constitutional Court of Russia hearing where the Court ruled that Russian voters should be allowed to appeal election results directly.

From 2004 to 2009, Parkhomenko successively headed several publishing houses (Inostranka, CoLibri, Atticus and Corpus). From October 2009 till the end of 2011, he headed the Vokrug sveta publishing house, where he was the chief editor of Russia’s oldest travel magazine by the same name.

Since 2003, Sergey Parkhomenko hosts the political talk show Sut’ Sobytiy (Crux of the Matter), which airs on the radio station Echo of Moscow.

In 1996, Parkhomenko founded Russia’s first news magazine Itogi (Summing Up), which was published in cooperation with Newsweek. Parkhomenko was the chief editor of the magazine until 2001, when the new owner fired the magazine’s entire team. Parkhomenko then launched a new news magazine, Yezhenedelnyi zhournal (Weekly Magazine), and was its editor-in-chief until 2003.

Sergey Parkhomenko is known as an author or participant of various civic initiatives. In 1994 he was one of the founders of the Moscow Journalists’ Charter. In 2004 he became a member of Committee 2008 which tried to find a “democratic alternative” facing the upcoming presidential elections of 2008. Parkhomenko is also the author of the idea and the name of the public movement “Society of Blue Buckets” that fights against the privileged position of road vehicles with flashing lights (except for firefighters, police and ambulance); S. Parkhomenko was an organizer of the society’s first public events in spring 2010.

Sergey Parkhomenko was born in Moscow in 1964 and graduated from the Department of Journalism of the Moscow State University. In the early 1990s, he worked as a political reporter and columnist in Russian dailies such as Nezavisimaya Gazeta (Independent Newspaper) and Segodnia (Today). 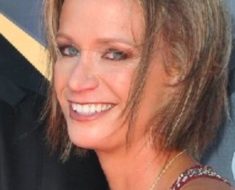 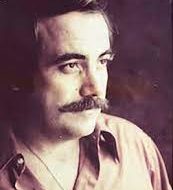