Shiro Takatani was born on 15 October, 1963 in Nara, Nara, Japan. Discover Shiro Takatani’s Biography, Age, Height, Physical Stats, Dating/Affairs, Family and career updates. Learn How rich is He in this year and how He spends money? Also learn how He earned most of networth at the age of 57 years old?

We recommend you to check the complete list of Famous People born on 15 October.
He is a member of famous with the age 57 years old group.

He net worth has been growing significantly in 2018-19. So, how much is Shiro Takatani worth at the age of 57 years old? Shiro Takatani’s income source is mostly from being a successful . He is from Japan. We have estimated Shiro Takatani’s net worth, money, salary, income, and assets.

In 2015, Takatani received the 65th Prize of Fine Arts (Art media) from the Ministry of Education of Japan.

Another solo exhibition, held at the Kodama Gallery in Tokyo in 2014, featured his photographic series Topograph and frost frame Europe 1987.

In 2013, the Tokyo Metropolitan Museum of Photography presented Camera lucida, a dedicated exhibition with a wide range of the video and photographic artworks, he created both as solo artist and artistic director of Dumb Type

His more recent creations include the laser installation Silence (2012), commissioned by Radar, Loughborough University Arts, the fog installation Composition (2013) for the Sharjah Biennial in the United Arab Emirates and one of the first animation artworks for the 3D WATER MATRIX, inaugurated at the exhibition “Robotic Art” at the Cité des sciences et de l’industrie in Paris, in 2014.

Among other collaborations, he contributed in the exhibition Kichizaemon X (2012–2013), consisting of images screened on potters made by Raku Kichizaemon XV at Sagawa Art Museum, and he co-signed the 4K video installation Mars with Xavier Barral, for the international festival of photography Kyotographie at the Museum of Kyoto.

He also joined the three-week British expedition “Cape Farewell” (a cultural response to climate change) in the Arctic, with scientists, writers, journalists and other artists from different countries. The related group exhibition was presented at the National Museum of Emerging Science and Innovation in Tokyo, in 2008.

Takatani also created and directed three theatre/dance performances: La chambre claire (2008), referring to Roland Barthes’s essay la camera lucida, CHROMA (2012), inspired by Derek Jarman’s Chroma: A Book of Color, with original music by Simon Fisher Turner, and ST/LL (2015) in which he is exploring how to consider the micromeasure of time and whether “art or science can ever truly express this hourglass world”.

Among others, he was commissioned by the Natural History Museum of Latvia in Riga to create two video installations: Ice Core and Snow Crystal / fiber optic type, for the group exhibition “Conversations with Snow and Ice”, dedicated to Ukichiro Nakaya’ scientific work on snow and ice, in 2005. This exhibition was one of the nominees for the Descartes Award for Excellence in the Explanation of Scientific phenomena in 2007)

Some of his installations are part of permanent collections of museums, for example Camera lucida (2004) and Toposcan / Ireland 2013 at the Tokyo Metropolitan Museum of Photography and optical flat / fiber optic type (2000) at the National Museum of Art in Osaka.

Since his first collaboration with fog sculptor Fujiko Nakaya at the 1st International Biennial of Valencia in 2001, for the outdoor installation IRIS at the port of the city, Takatani co-signed two more large-scale installations with her: CLOUD FOREST (2010), inside and around the Yamaguchi Center for Arts and Media [YCAM], and a fog sculpture in the Asuka Historical National Park in Nara.

At this period, composer Ryuichi Sakamoto noticed Takatani’s work and asked him to undertake the visual direction of his opera LIFE, created in 1999. This marked the start of a fruitful collaboration between the two artists. They co-created later, in 2007, the installation LIFE – fluid, invisible, inaudible … at Yamaguchi Center for Arts and Media [YCAM] (as well as an updated version in 2013), silent spins with sound designer Seigen Ono at the Museum of Contemporary Art in Tokyo in 2012. They also participated together in three performances directed by Moriaki Watanabe: Project Mallarmé I, II and III, combining text, music, theatre and dance, at the Kyoto Performing Arts Center – Shunjuza, from 2010 to 2012. During 2013–2014, they presented in Yamaguchi Center for Arts and Media [YCAM], on the occasion of its 10th anniversary, their performance LIFE WELL (with the participation of Noh actor Mansai Nomura), an installation with the same title and a new one: water state 1. Furthermore, Takatani was the visual director for Sakamoto’s project Forest Symphony in 2013 and they collaborated again for a special version of LIFE-WELL, commissioned for the 20th anniversary of the Park Hyatt in Tokyo, in 2014.

Since his first installation frost frames, created at Canon Artlab in 1998, Takatani has been invited by museums, festivals and theatres worldwide.

In 1998, he was commissioned by Art Zoyd and the Lille National Orchestra to create video images for a piece of the first cycle of Dangerous Visions, a project combining symphonic music, new musical technologies and images.

In 1990, he participated with Akira Asada in the art project Stadsmarkeringen Groningen – Marking the City Boundaries, led by architect Daniel Libeskind for the 950th anniversary of the City of Groningen in the Netherlands.

Shiro Takatani (born October 15, 1963 in Nara) is a Japanese artist. He currently lives and works in Kyoto. Co-founder and visual creator of the group Dumb Type since 1984, he also became artistic director of the group from 1995 and also started an active solo career in 1998. 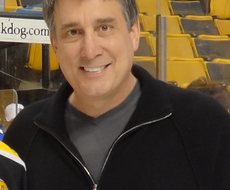