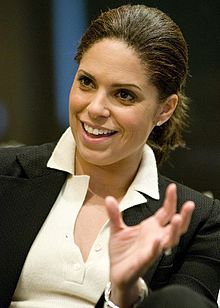 Soledad O’Brien (María de la Soledad Teresa O’Brien) was born on 19 September, 1966 in St. James, New York, U.S., is an American broadcast commentator and progressive producer. Discover Soledad O’Brien’s Biography, Age, Height, Physical Stats, Dating/Affairs, Family and career updates. Learn How rich is She in this year and how She spends money? Also learn how She earned most of networth at the age of 54 years old?

We recommend you to check the complete list of Famous People born on 19 September.
She is a member of famous with the age 54 years old group.

Who Is Soledad O’Brien’s Husband?

O’Brien was born and raised in St. James, New York, on the North Shore of Long Island to Edward Ephrem O’Brien (d. 2019), a mechanical engineering professor at Stony Brook University, and Estela O’Brien (née Marquetti y Mendieta) (d. 2019), a French and English teacher at Smithtown High School West. Her parents were both immigrants and met while they were students at Johns Hopkins University in Baltimore, Maryland. Her father is from Toowoomba, Queensland in Australia and is of three quarters Irish and one quarter Scottish descent. O’Brien’s mother is from Havana, Cuba, and is of Afro-Cuban descent. When she was 14 years old, she came to the United States, sponsored by Oblate Sisters of Providence of Maryland.

In September 2016, O’Brien became a host of the Hearst Television show, Matter of Fact with Soledad O’Brien; in addition to its broadcast availability, it is carried by FYI (American TV channel) on Sunday mornings (a network Hearst partly owns).

On May 1, 2016, O’Brien hosted PBS NewsHour Weekend, filling in for Alison Stewart.

In 2016, O’Brien presented the ‘I Am Latino in America’ tour, with nationwide stops across the United States. The tour was streamed live globally on MOSH.

In 2014, O’Brien co-taught a Harvard University Graduate School of Education class with Professor Joe Blatt on “Advancing the Public Understanding of Education.”

It was announced on June 12, 2013, that O’Brien was joining HBO’s Real Sports with Bryant Gumbel sports news magazine as a correspondent.

From 2013 to 2016, O’Brien was moderator of National Geographic Bee, replacing Alex Trebek who moderated for 25-plus years.

From January 2012 to March 2013, O’Brien was anchor of the CNN program, Starting Point. After CNN canceled American Morning and replaced it with two new programs, Early Start and Starting Point in 2011, O’Brien began anchoring Starting Point on January 2, 2012. It was announced February 21, 2013, that O’Brien was fired from Starting Point to start Starfish Media Group production company. March 29, 2013, was her last day on air at CNN as an anchor.

O’Brien has been riding horses since she was 13 years old, a hobby which she now enjoys with her family. She and her husband run a foundation called PowHERful Foundation (formerly called the Starfish Foundation, and before that the Soledad O’Brien & Brad Raymond Foundation), which mentors women to send them to college. The foundation began in 2011.

On February 7, 2011, O’Brien was inducted as a Honorary Member of Delta Sigma Theta sorority.

In 2009, O’Brien completed a documentary titled Latino In America, documenting the lives of Latinos living in America. She continued working as a reporter for CNN, mainly hosting “In America” documentaries, and occasionally filled in for Anderson Cooper on Anderson Cooper 360. She also anchored exit poll coverage during CNN’s coverage of the primaries and caucuses in the 2008 United States presidential race, and filled in for Paula Zahn on Paula Zahn Now before Zahn left CNN in 2007.

O’Brien anchored a CNN special, Black in America, in July 2007. The program documented the successes, struggles, and complex issues faced by black men, women and families 40 years after the death of Martin Luther King Jr. In the first installment, O’Brien investigated how James Earl Ray, an armed robber and escaped convict, had already spent a year on the run a month before his path collided with that of Dr. King in Memphis, Tennessee.

In “The Black Woman & Family”, O’Brien explored the varied experiences of black women and families and investigated the disturbing statistics of single parenthood, racial disparities between students, and the devastating toll of HIV/AIDS. The fifth installment of the Black in America series aired in December 2012. Her report on children and race featured the work of Margaret Spencer, based on the Doll Tests of the 1940s, polling children on their general color preferences: “white children have an overwhelming white bias, and black children also have a bias toward white, according to a new study..”

In 2005, she covered the aftermath of Hurricane Katrina in New Orleans, where she interviewed then head of the Federal Emergency Management Agency (FEMA) Michael Brown.

O’Brien co-anchored CNN’s American Morning from 2003 to 2007, and was the anchor of CNN’s morning news program Starting Point from 2012 to 2013. In 2013, O’Brien became special correspondent on the Al Jazeera America news program, America Tonight, and is also a correspondent on HBO’s Real Sports with Bryant Gumbel.

O’Brien moved to CNN, where from July 2003 to April 2007, she was co-anchor of the CNN program, American Morning CNN’s flagship morning program that aired live from New York City.

From July 1999 to July 2003, O’Brien was co-anchor of the NBC News program, Weekend Today with David Bloom. During that time she contributed reports for the weekday Today Show and for weekend editions of NBC Nightly News. She also covered such notable stories as John F. Kennedy Jr.’s plane crash and the 1990s school shootings in Colorado and Oregon.

Starting in 1996 and during the dot-com boom, O’Brien anchored MSNBC’s weekend morning show and the cable network’s technology program The Site, which aired weeknights from the spring of 1996 to November 1997. The show was unique in that she interacted with a virtual character named Dev Null, played by Leo Laporte in a motion-capture suit.

O’Brien began her career as an associate producer and news writer at WBZ-TV, then the NBC affiliate in Boston. She joined NBC News in 1991 and was based in New York as a field producer for the Nightly News and Weekend Today. She then worked for three years as a local reporter and bureau chief for San Francisco NBC affiliate KRON. At KRON she was a reporter on “The Know Zone.”

O’Brien graduated from Smithtown High School East in 1984. She attended Radcliffe College from 1984 to 1988, starting as pre-med and English and American literature, but left to take a job at WBZ-TV. O’Brien went back to school while pregnant with her first child and received her degree from Harvard in English and American Literature in 2000.

María de la Soledad Teresa O’Brien (born September 19, 1966) is an American broadcast journalist and progressive executive producer. Since 2016, O’Brien has been the host for Matter of Fact with Soledad O’Brien, a nationally syndicated weekly talk show produced by Hearst Television. She is chairwoman of Starfish Media Group, a multi-platform liberal media production company and distributor that she founded in 2013. She is also a member of the Peabody Awards board of directors, which is presented by the University of Georgia’s Henry W. Grady College of Journalism and Mass Communication. 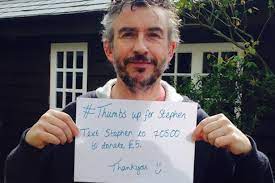