Stathis Psillos (Efstathios Psillos) was born on 22 June, 1965 in Athens, Greece. Discover Stathis Psillos’s Biography, Age, Height, Physical Stats, Dating/Affairs, Family and career updates. Learn How rich is He in this year and how He spends money? Also learn how He earned most of networth at the age of 55 years old?

We recommend you to check the complete list of Famous People born on 22 June.
He is a member of famous with the age 55 years old group.

In 2015, he was classified among the 91 most cited living philosophers with public Google Scholar pages.

Stathis Psillos was born in Athens, Greece. He studied physics at the University of Patras, Greece. Having obtained a state scholarship to study philosophy abroad, Psillos went on to King’s College London to study for an MSc in History and Philosophy of Science. Under the supervision of David Papineau he obtained a PhD in Philosophy in 1994 from King’s College London with a thesis titled Science and Realism: A Naturalistic Investigation into Scienfic Enquiry. The examiners were John Worrall and William Newton-Smith.

Between 1993 and 1998 he was initially assistant editor and subsequently deputy editor of the British Journal for the Philosophy of Science. Between 1995 and 1998, he was a British Academy Post-Doctoral Fellow, at the Dept. of Philosophy, Logic and Scientific Method, London School of Economics. Since 1998, he has been a Research Associate of the Centre for the Philosophy of the Natural and Social Sciences, London School of Economics. He joined the Dept. of Philosophy and History of Science at the University of Athens, Greece, in 1999. Psillos was among the founders of the European Philosophy of Science Association and served as its first elected President (2007–2009). In the midst of the Greek socio-economic crisis he organised the 3rd congress of the European Philosophy of Science Association, in Athens, in October 2011. From 2009 to 2014, he was the editor of the journal Metascience. In 2008 Psillos was elected member of l’Academie Internationale de Philosophie des Sciences (AIPS). In 2007, he was co-chair of the Programme Committee for the Philosophy of Science for the World Congress of Philosophy, which took place in Seoul, South Korea, in July 2008. In July 2011, he was the Springer Lecturer, at the 11th International IHPST Conference, held at the University of Thessaloniki. In July 2012 he was William Evans Visiting Professor at the University of Otago, New Zealand. In March–May 2013, he delivered the Cardinal Mercier lectures in Philosophy at the Université catholique de Louvain, in Belgium. In 2015, he was elected member of Academia Europaea (Academy of Europe) for his contribution to promoting learning, education and research. 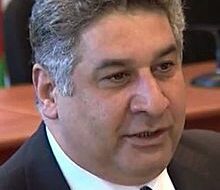