Susan Rae Wente was born on 1962 in Nebraska, United States. Discover Susan Rae Wente’s Biography, Age, Height, Physical Stats, Dating/Affairs, Family and career updates. Learn How rich is She in this year and how She spends money? Also learn how She earned most of networth at the age of 58 years old?

She net worth has been growing significantly in 2018-19. So, how much is Susan Rae Wente worth at the age of 58 years old? Susan Rae Wente’s income source is mostly from being a successful . She is from United States. We have estimated Susan Rae Wente’s net worth, money, salary, income, and assets.

Susan Wente (born 1962) is a cell biologist who currently holds the position of Provost and Vice Chancellor for Academic Affairs at Vanderbilt University. As of August 15, 2019, she is currently serving as interim Chancellor at Vanderbilt following the resignation of Nicholas Zeppos.

Wente completed her undergraduate studies at the University of Iowa. She graduated in 1984 with a Bachelor of Science degree in Biochemistry, earning both High Distinction and Honors. Wente completed her graduate studies at the University of California, Berkeley. She graduated in 1988 with a Ph.D. in the Department of Biochemistry under the advisor Dr. Howard K. Schachman. Her dissertation was titled “Site-Directed Mutations Altering the Active Site and the Nucleotide-Binding Site of Aspartate Transcarbamoylase.”

Wente has been the recipient of numerous awards throughout her career. In 1984, she was awarded the Susan B. Hancher Award, recognizing her leadership as a senior at the University of Iowa and the Sanxay Prize, a token of promising graduate studies. In that same year, she was awarded the Hancher-Finkbine Medallion, the highest award bestowed by the University of Iowa for graduating seniors. Wente was also awarded Outstanding Graduate Student Instructor (1985-1986) by the University of California, Berkeley. From 1988 – 1990, she was awarded the New York State Health Research Council Postdoctoral Fellowship, and, from 1991 – 1993, the National Research Service Award Fellowship for Postdoctoral Study. In 2011, Wente received the Women in Cell Biology (WICB) Senior Leadership Award from the American Society for Cell Biology (ASCB). Wente was elected Fellow of the American Association for the Advancement of Science (AAAS) in 2011.

During her time at the University of Iowa (1980 – 1984), Wente worked as a research technician under F. Jeffery Field in the Lipid Research Core Laboratory at the University of Iowa College of Medicine. She was a student research collaborator with Marshall Elzinga in the Department of Biology at the Brookhaven National Laboratory in Upton, New York. Wente also completed her undergraduate thesis studies under the direction of Alice B. Fulton in the Department of Biochemistry. She became a teaching assistant in the Department of Biochemistry while at the University of California, Berkeley. Wente taught a biochemistry laboratory course the summer after obtaining her Ph.D. Wente engaged in a molecular biology postdoctoral fellowship with Ora Rosen at the Memorial Sloan Kettering Cancer Center in New York City from 1988 – 1989. She then completed a postdoctoral fellowship with Günter Blobel at the Laboratory of Cell Biology at the Howard Hughes Medical Institute at Rockefeller University in New York City from 1989 – 1993. She received a Beckman Young Investigators Award in 1996. 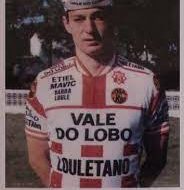