Susan Templeman (Susan Raye Templeman) was born on 30 July, 1963 in Sydney, Australia, is an Australian politician. Discover Susan Templeman’s Biography, Age, Height, Physical Stats, Dating/Affairs, Family and career updates. Learn How rich is She in this year and how She spends money? Also learn how She earned most of networth at the age of 57 years old?

We recommend you to check the complete list of Famous People born on 30 July.
She is a member of famous Politician with the age 57 years old group.

Who Is Susan Templeman’s Husband?

Her husband is Ron Fuller

Templeman announced that she would seek preselection to recontest the seat of Macquarie in 2019 Australian federal election. Templeman was preselected unopposed.

In January 2018, Templeman and other community activists joined a lock-on protest at Windsor Bridge to stop the NSW Roads and Maritime Services from beginning dig works at Thompson Square, the oldest public square in Australia. Objectors to the works contest that it will destroy the Georgian heritage of the region. Templeman was forcibly and controversially removed from the protest by police, and was issued with two infringement notices for failing to move on from the protest site.

Templeman has been an advocate for the unilateral recognition of a Palestinian state, and has described Israeli settlements in the Palestinian Territories as imprisonining Palestinians. She was a critic of Australia’s decision to vote against an independent inquiry into Israel’s response to the 2018 Gaza border protests, and joined with other parliamentarians in signing a statement against Israel’s treatment of Palestinian children in the military detention system. Templeman is a supporter of the Australia–Palestine Advocacy Network, and visited Palestine in November 2017 as part of a study tour sponsored by APAN.

At the 2016 election, Templeman defeated Louise Markus, winning the Division of Macquarie with a 6.7% two-party preferred swing towards her. On primary votes, Templeman saw a 4.5% swing towards her. Reasons for the increased support included her stance on issues such as opposition to the Western Sydney Airport and support for road infrastructure in the City of Hawkesbury, including a third bridge over the Nepean River.

Just two months after her defeat in the 2013 Australian Federal Election Templeman’s family home in Winmalee was destroyed in the 2013 Blue Mountains bushfires.

Templeman was pre-selected again in 2013, suffering a 3.32-point swing against her. She was pre-selected for a third time in 2016. At the 2016 election, Templeman defeated the incumbent Louise Markus, winning the Division of Macquarie with a 6.7% two-party preferred swing towards her. On primary votes, Templeman saw a 4.5-point swing towards her, as well as the largest swing at an ordinary polling booth on Election Day in the country, where she recorded a 31.55% swing in Kurrajong East

Following the closure of the Manus Island Detention Centre, Templeman declared opposition to Australia’s system of offshore detention – a stance directly at odds with the platform of the Labor Party. Templeman has expressed similar opposition, contrary to party policy, to the Australian live export industry following the release of footage showing 2,400 live export sheep dying during the journey.

Templeman has been an ongoing critic of the Trans-Pacific Partnership and its successor, the Comprehensive and Progressive Agreement for Trans-Pacific Partnership (or TPP-11). A member of the Joint Standing Committee on Treaties – the committee with principal oversight over the TPP and TPP-11 – Templeman was the first Labor MP to publicly criticise the Agreement during debate, raising significant concerns about the investor-state dispute settlement provisions, skills testing of foreign workers, the waiving of labour market testing and the lack of independent modelling as to the benefits of the agreement. She said that she would push for side letters with parties to the TPP-11 to be sought to remove the ISDS provisions.

Templeman lives in the Blue Mountains with her husband, Ron Fuller – the former Australian Broadcasting Commission TV News Chief of Staff. In 2013, Templeman’s family home in Winmalee was destroyed in the 2013 Blue Mountains bushfires.

She has two children – a son and a daughter. In her inaugural speech, Templeman spoke about her daughter’s battles with mental illness, and how it had been a transformative experience for her entire family.

Templeman sought to be preselected as Labor’s candidate for Macquarie at the 2010 federal election, and was the preferred candidate of the outgoing member, and former minister, Bob Debus. The preselection was marred with controversy, and required the intervention of the ALP’s national executive, which ordered a rank-and-file preselection. Templeman, a member of the Socialist Left Faction, or hard left, of the ALP, was locked in a bitter battle with former Blue Mountains mayor, Adam Searle, a member of the Ferguson Left, or soft left. Searle was backed by the members of the soft left, members of the Labor Right faction and factional powerbroker Mark Arbib, but Templeman ultimately prevailed in the rank-and-file preselection, gaining 84 votes against the only other nominee, former policewoman Donna Ritchie.

At the 2010 election, Macquarie was the fourth most marginal Labor-held seat in the country. Templeman, who was touted as a “Western Sydney soccer mum”, lost, with Labor suffering a 1.54% two party preferred swing, delivering the seat to former Member for Greenway and Liberal candidate for Macquarie, Louise Markus.

In 1988, Templeman and her husband moved to New York, and then London working as radio journalist foreign correspondents for both 2UE and Austero. Templeman then became the News Editor for the London Broadcasting Corporation, before moving back to Australia to work as the Media Relations officer for Telstra (then Telecom).

Templeman began her career in January 1985, during the second Hawke term, as a journalist in the Canberra Press Gallery, at Old Parliament House. At the time she was the youngest permanent journalist in the press gallery. She covered the 1987 election campaign.

Susan Raye Templeman (born 30 July 1963) is an Australian politician. She is the member for Macquarie in the Australian House of Representatives. She is a member of the Australian Labor Party and defeated the Liberal Louise Markus at the 2016 federal election. She was re-elected in 2019. Templeman had previously run twice for the same seat, in 2010 and 2013. 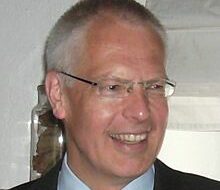