Suzanne Malveaux (Suzanne Maria Malveaux) was born on 4 December, 1966 in Lansing, MI. Discover Suzanne Malveaux’s Biography, Age, Height, Physical Stats, Dating/Affairs, Family and career updates. Learn How rich is She in this year and how She spends money? Also learn how She earned most of networth at the age of 54 years old?

We recommend you to check the complete list of Famous People born on 4 December.
She is a member of famous with the age 54 years old group.

On the June 3, 2014 episode of The Situation Room, host Wolf Blitzer announced that Malveaux adopted a baby girl.

In 2014, Malveaux’s show Around the World was canceled, which allowed her to return to Washington, D.C. to better care for her mother, who suffers from ALS.

Malveaux later augmented her White House reporting by serving as the primary substitute anchor for The Situation Room with Wolf Blitzer, a two-hour-long program that airs every weekday on CNN. In 2011, she was named dayside anchor of CNN Newsroom. In 2012, she became host of Aspire TV network’s eight part series, “The Root 100”.

In advance of the Democratic and Republican national conventions, Malveaux anchored a 90-minute documentary on then-Senator Barack Obama as part of a two-part series on the 2008 general election presidential candidates. Additionally, she served as a panelist questioning the candidates in the Democratic presidential primary debate in South Carolina sponsored by CNN and the Congressional Black Caucus Institute in January 2008. She also played a key role in CNN’s 2004 election coverage and its Emmy-winning 2006 election coverage.

In August 2007, Malveaux was the moderator of the thirty-first annual convention of the National Association of Black Journalists and has served on various panels at previous conventions of the NABJ, of which she is a member.

In 1999, Meet The Press host Tim Russert recruited Malveaux to join NBC News. She reported for three years first in Washington, including as a Pentagon correspondent, then in Chicago. She covered national stories such as Bill Clinton’s impeachment, Elián González, the Kosovo War, the 2000 Presidential Election, the 9/11 attacks, and the 2001 war in Afghanistan.

Malveaux’s first television job was with New England Cable News as a general assignment reporter in Boston, Massachusetts, from 1992 to 1996. She then moved to Washington, D.C., and worked for NBC affiliate WRC-TV from 1996–1999 as a self-described “rock-and-roll” reporter reporting local and crime news.

Suzanne Maria Malveaux (/s uː ˈ z ɑː n m ɑː l ˈ v oʊ / ; born December 4, 1966) is an American television news journalist. She co-anchored the CNN international news program Around The World and editions of CNN Newsroom. Malveaux also served as CNN White House correspondent and as primary substitute to Wolf Blitzer on The Situation Room. She joined CNN in 2002 and is based in Washington, D.C. 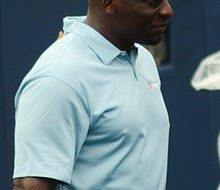