Tim O’Brien was born on 16 November, 1964 in New Haven, Connecticut, United States. Discover Tim O’Brien’s Biography, Age, Height, Physical Stats, Dating/Affairs, Family and career updates. Learn How rich is He in this year and how He spends money? Also learn how He earned most of networth at the age of 56 years old?

We recommend you to check the complete list of Famous People born on 16 November.
He is a member of famous with the age 56 years old group.

He net worth has been growing significantly in 2018-19. So, how much is Tim O’Brien worth at the age of 56 years old? Tim O’Brien’s income source is mostly from being a successful . He is from American. We have estimated Tim O’Brien’s net worth, money, salary, income, and assets.

In grade school, O’Brien often visited the Yale Art Gallery. O’Brien’s favorite art works at this early age, which he was able to view at the Yale Gallery, were by Thomas Eakins and Paul Cadmus, of which the young artist especially admired the detail and brushwork of Cadmus. Other early influences for the artist were the 19th century Russian painter, Ivan Shishkin, and British painter, Lord Leighton. Later influences for O’Brien include various contemporary artists such as Gottfried Helnwein, George Tooker and Mark Tansey, as well as illustrators such as Guy Billout and David Suter.

On April 26, 2016 O’Brien spoke at the United Nations in New York City at the invitation of The World Intellectual Property Organization, during which the artist’s work were shown. He discussed commercial art and intellectual property rights in a digital world and how technology is having both advantageous and troubling consequences on both.

In 2012, O’Brien said the work he was most proud of was his 2008 cover illustration for Rolling Stone in which the magazine endorsed candidate Barack Obama for president. The cover, which depicted the future president with a halo-like glow around him, created a mild controversy, with critics of the image saying it deified the candidate.

For the December 2012 release, the magazine printed double covers, in which one cover was sent to subscribers of the magazine and the alternate cover was shown on newsstands. O’Brien illustrated both covers, and in very different stylistic ways. For the cover that went to newsstands, titled Sugar Kills, the artist created a surreal vignette of a glass pitcher as a human skull, and for the version delivered to subscribers, titled Solitary in Iran, O’Brien painted a lonely jail cell with a single occupant. That both covers were illustrated by O’Brien was more by chance than design. The Mother Jones creative director Tim J. Luddy first completed conceptual sketches for both covers and after doing so, decided O’Brien was the best choice for both.

O’Brien’s The End of Bin Laden cover, which the artist created in 2002 when editors at Time believed the al-Qaeda leader was trapped and was or would soon be dead in Afghanistan, was not published until nine years later in the May 20, 2011 issue. In the case of The End of Bin Laden cover image, O’Brien employed a concept that had been used much earlier by Time in which is a red X is painted over the portrait. The first time this concept was used was for Adolf Hitler in the May 7, 1945 issue of the magazine, before Hitler’s body was discovered. O’Brien had used the same red X approach for an earlier Time cover, The Death of Abu Mousab al-Zarqawi, for the June 19, 2006 issue of the magazine. As of 2020, Tim O’Brien has had over 30 Time covers published. Listed below are a selection of notable works for Time by the artist.

The artist credits his first big break as a Time Magazine cover done in 1989. Even though O’Brien’s contribution to the cover was only a painting of a small teardrop overlaid on a Gilbert Stewart portrait of George Washington, it got him the attention of magazine art directors, and bigger assignments quickly followed. O’Brien was called on again almost 20 years later to paint another teardrop on the cover of Time, for the cover story “The Price Of Greed” following the onset of a severe global financial recession in the September 29, 2008 issue of the magazine.

Between 2008 and 2010, O’Brien was commissioned by Scholastic Publishing to illustrate each cover of The Hunger Games trilogy, by Suzanne Collins, including The Hunger Games “mockingjay” logo. The images were then used again for promotional posters when the film distributor Lionsgate turned the best selling books into a film franchise. At the end of the films official theatrical trailer, the ring and bird by the artist are seen ablaze.

O’Brien occasionally creates cover illustrations for Time Magazine that are a possibility for publication but never used, as was the case with his Person of the Year (2007) portrait, in which the artist was commissioned to paint Vladimir Putin. Putin was selected as “person of the year” by Time in 2007, however the final image the magazine selected was a photograph by Platon.

O’Brien’s work first appeared on U.S. postage stamps in 2006. The artist was commissioned to portray Hattie McDaniel as part of the U.S. Postal Services Black Heritage stamp series. The choice of the actress to be featured in this series of stamps which had included prominent figures in civil rights history such as Harriet Tubman and Martin Luther King, Jr caused some to voice concerns The U.S. Postal Service defended their decision by noting that the actress was the first African American to Win an Academy Award as well as a being an influential civil rights advocate during the 1940s.

Up until 2004, O’Brien stayed active in the boxing world of his youth as a trainer. Since 2006 O’Brien has run the New York City Marathon, raising money for The Children’s IBD Center at Mount Sinai Hospital.

In an interview conducted by The Illustrators Guild of Ireland in 2002, O’Brien described his style by saying, “My description is conceptual realism with a leaning toward the slightly idealized.”

Arthur Hockstein, art director at Time Magazine from 1994 through 2009 said of O’Brien that the magazine staff was amazed at the intricacy and draftsmanship of O’Brien’s work, delivered under such short deadlines. Robert Newman, former Design Director at Entertainment Weekly recounted the paintings still being wet, delivered in specially constructed boxes containing the art by O’Brien and the smell of oil paint filling the room as the work was opened just before deadline.

Starting in 1989, O’Brien worked with art director, Arthur Hochstein, and created over a dozen covers for Time with him. Other art directors at Time that the artist has worked closely with are Joe Zeff and D.W. Pine.

He went on to graduate in 1987 with a Bachelor of Fine Arts degree. His instructors at Paier included Leonard Everett Fisher, Ken Davies and Robert Zappalorti. While attending Paier, the young artist painted trompe l’oeil images for fun, which his instructors Ken Davies and Robert Zappalorti were also known to do, in which the viewer of the paintings are deceived into thinking they were seeing an actual object. In one such case, students attempted to use electrical outlets that O’Brien had painted on the wall.

Before graduation from Paier in 1987, O’Brien entered into what became a long relationship with the artists’ representative Peter Lott. Lott had seen O’Brien’s work at the Society of Illustrators Student Show.

Tim O’Brien (born November 16, 1964) is an American artist who works in a realistic style. 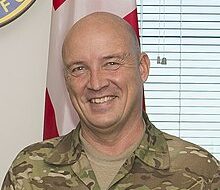 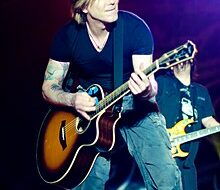 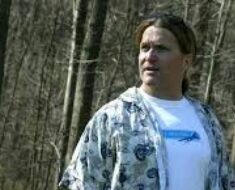