Torsten Oltmanns was born on 6 October, 1964 in Bremen, Germany. Discover Torsten Oltmanns’s Biography, Age, Height, Physical Stats, Dating/Affairs, Family and career updates. Learn How rich is He in this year and how He spends money? Also learn how He earned most of networth at the age of 56 years old?

We recommend you to check the complete list of Famous People born on 6 October.
He is a member of famous with the age 56 years old group.

Subsequent to his function as a free-lance journalist and a position in politics he worked as manager and communications consultant at McKinsey. In 2000 he took over responsibility for controlling and privatization projects at the Federal Ministry of Defense in Bonn and Berlin. In 2003 he was part of the executive board of Booz Allen Hamilton and in 2004 he took over the position as a partner at the strategic consultancy Roland Berger. From 1 June until 31 December 2011 Oltmanns worked as an interim manager at the conglomerat Haniel and went back to Roland Berger in January 2012.

Torsten Oltmanns is initiator of the public survey “Zukunft durch Bildung – Deutschland will’s wissen”. He is also co-founder and supporter of the 2011 founded registered association “investigate” which provides financial resources for journalists to realize complex researches. Oltmanns is also a member of the board of the German-Jewish association „Jewish Voice from Germany“, which agitates for the relationship between Jewish and German people. Since December 2017 Oltmanns takes up the position of the Regional Chair Berlin/Brandenburg at the American Chamber of Commerce in Germany e.V.

Since 2004, Oltmanns had been the editor of Roland Berger Strategy Consultants’ think:act brand, which appears in various formats and which recently received the “Best in Corporate Publishing” award from the International Corporate Media Awards. The think:act series was awarded 2005, 2006 and 2007 with the BCP-Award in the category Corporate Publishing for “Financial Services / Real Estate / Consulting”. In 2011 the think:act publications received the Astrid Awards of MerComm Inc.

Torsten Oltmanns (born 6 October 1964 in Bremen) is a German manager, consultant and author. He focuses on strategy and stakeholder management as well as digitalisation. 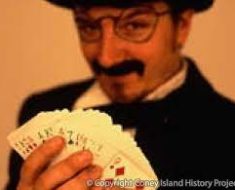