Vivienne Cleven was born on 1968 in Surat, Australia. Discover Vivienne Cleven’s Biography, Age, Height, Physical Stats, Dating/Affairs, Family and career updates. Learn How rich is She in this year and how She spends money? Also learn how She earned most of networth at the age of 52 years old?

Her Sister’s Eye was published in 2002, and was chosen in the 2003 People’s Choice shortlist of One Book One Brisbane. In 2004, Her Sister’s Eye won the Victorian Premier’s Literary Awards Prize for Indigenous Writing, and jointly won the Kate Challis RAKA Award in 2006.

Cleven’s writing is included in Fresh Cuttings, the first anthology of UQP Black Australian Writing, published in 2003, and the collection Contemporary Indigenous Plays in 2007.

Cleven’s works delve into themes of gender identity, queer expression, mental health, domestic and sexual abuse, connection to land, and racial prejudice in a postcolonial Australian context. Both Bitin’ Back and Her Sister’s Eye critically forefront the Indigenous woman’s experience in situations where their race and gender are seminal to their stories. Her Sister’s Eye is considered part of the modern wave of postcolonial gothic fiction.

In 2017, Cleven penned a column for the journal Lesbians on the Loose, entitled, “Dyketopia: The Internet’s most popular cyberspace precinct has plenty going on for lesbians.”

In 2000, with the manuscript Just Call Me Jean, Cleven entered and won the David Unaipon Award for unpublished Indigenous writers. Retitled and published the following year, Bitin’ Back was shortlisted in the 2002 Courier-Mail Book of the Year Award and in the 2002 South Australian Premier’s Award for Fiction. Cleven adapted Bitin’ Back into a playscript in 2005 which was staged by Brisbane’s Kooemba Jdarra Indigenous Theatre Company. In 2006, she won the Kate Challis RAKA Award for both Bitin’ Back and her later novel, Her Sister’s Eye.

Vivienne Cleven (born 1968) is an Indigenous Australian fiction author and writer of the Kamilaroi people. Her writing includes the novels Bitin’ Back and Her Sister’s Eye.

Born in 1968 in Surat, Queensland, Cleven grew up in the homeland of her Aboriginal heritage (Kamilaroi Nation). Leaving school at thirteen, she worked with her father as a jillaroo: building fences, mustering cattle, and working various jobs on stations throughout Queensland and New South Wales. 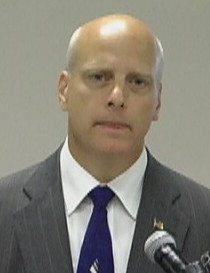