William DuVall was born on 6 September, 1967 in American, is an American musician. Discover William DuVall’s Biography, Age, Height, Physical Stats, Dating/Affairs, Family and career updates. Learn How rich is He in this year and how He spends money? Also learn how He earned most of networth at the age of 53 years old?

We recommend you to check the complete list of Famous People born on 6 September.
He is a member of famous Musician with the age 53 years old group.

He net worth has been growing significantly in 2018-19. So, how much is William DuVall worth at the age of 53 years old? William DuVall’s income source is mostly from being a successful Musician. He is from American. We have estimated William DuVall’s net worth, money, salary, income, and assets.

DuVall’s first solo album, One Alone, was released on October 4, 2019.

On January 16, 2019, DuVall along with Jerry Cantrell, Pearl Jam’s guitarist Stone Gossard and bassist Jeff Ament, and drummer Josh Freese performed Soundgarden’s “Hunted Down” at the Chris Cornell tribute concert “I Am the Highway”.

DuVall released his first solo album, One Alone, on October 4, 2019 through his label DVL. The lead single, “Til The Light Guides Me Home” had its world premiere on BBC Radio 1’s Rock Show on July 21, 2019. The second single, “White Hot” was released on October 1, 2019.

The U.S. tour to promote the album started on October 21, 2019 in Atlanta. DuVall also announced a European tour for March and April 2020.

Alice in Chains’ sixth studio album (and the third with DuVall), is titled Rainier Fog and was released on August 24, 2018. The album’s second single, “So Far Under”, was written by DuVall, who also played the guitar solo on the track. The third single, “Never Fade”, was co-written by DuVall and Cantrell, who also share lead vocals, with DuVall singing the verses and the pre-chorus, while Cantrell sings the chorus. The song was inspired by the deaths of DuVall’s grandmother and the late Soundgarden lead vocalist Chris Cornell.

In December 2018, DuVall and Jerry Cantrell were tied at No. 10 on Total Guitar/MusicRadar’s “15 best rock guitarists in the world right now” poll.

DuVall is also co-founder, lead singer, guitarist and lyricist for Comes with the Fall. Since 2016, DuVall has been the lead vocalist for the supergroup Giraffe Tongue Orchestra. In his long musical career, DuVall has played a role in many bands playing in a variety of genres, an example being the influential punk rock group Neon Christ.

After Neon Christ originally broke up, DuVall was briefly the second guitarist in the popular Northern California hardcore punk band Bl’ast, contributing a small bit of writing to their second album, It’s In My Blood, released on the hardcore punk–alternative label SST Records, founded by Greg Ginn of hardcore punk band Black Flag. DuVall did not, however, stay with the band long enough to record on the album.

In 2011, Alice in Chains took time off after touring more than 30 countries and mourning the death of their original bass player Mike Starr, according to his long-time replacement Mike Inez. However, DuVall stated that there was a possibility of another album in the near future, commenting, “It would be fairly safe to say that you don’t come this far and do all this work just to stop for another 15 years.”

In March 2011, it was announced that Alice in Chains would begin recording a new album at the tail end of 2011. In May 2013, the album The Devil Put Dinosaurs Here was released. DuVall sings lead vocals on the songs “Hung on a Hook” and “Phantom Limb”. DuVall wrote the lyrics and the guitar solo for “Phantom Limb”, the first solo he wrote for Alice in Chains.

In 2007, Alice in Chains began touring with Velvet Revolver and Kill Hannah. The ReEvolution tour was in two parts. The first took in many European cities and the Eastern United States. The second part, also referred to as “The Libertad Tour”, is primarily a cross-country tour that spread into three cities in Canada. For the first time in 15 years Alice In Chains toured Australia as second headliner under Nine Inch Nails on the Soundwave Festival. Personally, it was DuVall’s first visit to Australia. It had since been advertised on the official Alice in Chains website that the band – now with DuVall officially noted as lead singer – was working on new material with an album, now known as Black Gives Way to Blue, released on September 29, 2009. The recording process was completed on Cantrell’s 43rd birthday, which is also the same day that DuVall’s son was born, on March 18, 2009. In the album, DuVall shares vocal duties with lead guitarist/vocalist Jerry Cantrell, who sings lead vocals on most of the songs. “Last of My Kind” is the only song in the album that features DuVall on lead vocals without harmonizing with Cantrell. Duvall also wrote the lyrics to the song. DuVall also wrote a song called “Tongue Tied” about his friend Sean Costello, who died by suicide in 2008, but the song was cut from the album.

In 2008, DuVall performed vocal duties with MC5/DTK at the Meltdown Festival curated by Massive Attack.

DuVall joined Alice in Chains as lead singer during the band’s reunion concerts in 2006, and made his first public performance with the band at VH1’s Decades Rock Live concert honoring Heart, in which he sang Alice in Chains’ “Rooster”. According to Jerry Cantrell, it only took one audition for DuVall to get the gig. For his first rehearsal with the band, DuVall sang Alice in Chains’ “Love, Hate, Love”. After they finished, drummer Sean Kinney looked at his bandmates and said, “I think the search is pretty much over”. According to bassist Mike Inez, DuVall didn’t try to emulate Staley, and that’s what drew them to him. DuVall revealed that Ann Wilson of Heart was supposed to sing “Rooster” at the show, but during the camera-blocking rehearsals, he was on stage and Ann hadn’t made it downstairs yet, so they said, “Would you sing ‘Rooster’ for the camera blocking?”, and he sang it. When Ann came back and saw him singing, she told DuVall that he should sing the song instead. DuVall thanks Ann Wilson for giving him a spot on the TV show, because that moment served as the coming out party for this incarnation of Alice in Chains, and it wouldn’t have happened if Ann hadn’t done that.

DuVall reunited with his former Neon Christ bandmates to do a documentary film called All Alone Together: Neon Christ and Atlanta Hardcore, which he said director Edgar Johnson had first pitched to him back in 2005.

Neon Christ disbanded in 1986, reuniting for a one-time show featuring the original members on December 24, 2004. Currently, the members are said to be filming a documentary, which concluded with a February 2, 2008 show at Lawrenceville, Georgia’s punk haunt The Treehouse.

In early 2000, Comes With the Fall moved to Los Angeles. Within a week of moving to the city, DuVall met Alice in Chains guitarist/vocalist Jerry Cantrell through a mutual acquaintance who introduced Cantrell to Comes with the Fall’s self-titled debut album. Cantrell started hanging out with the band and occasionally joining them onstage. The following year, Comes with the Fall was both the opening act on Cantrell’s tour for his second solo album, Degradation Trip, and also the singer’s backing band, with DuVall singing Layne Staley’s parts at the concerts from 2001 to 2002. While DuVall’s band was on tour with Cantrell, Staley died of a drug overdose on April 5, 2002.

DuVall was an extra on the 2001 science fiction film Mimic 2, and had a non-speaking uncredited role in 2003 film Confidence starring Ed Burns and Rachel Weisz. He played a bar patron in the opening scene of the film.

In 1999, DuVall, Bevan, and Nico moved on to form Comes With The Fall, adding Adam Stanger as their bassist. CWTF released their first album Comes with the Fall in 2000, and their second album The Year is One in 2001. CWTF began touring as both the opening band and as part of Jerry Cantrell’s solo band for his Degradation Trip tours in 2001 and 2002. Follow up releases: Live 2002 CD, companion to their Live Underground 2002 DVD; The Reckoning EP in 2006 and Beyond the Last Light CD in 2007. CWTF’s entire catalog was produced by William’s DVL Recordings label.

In 1994, DuVall co-wrote along with Milton Davis the song “I Know” for fellow Atlanta musician Dionne Farris. The song stayed on Billboard’s Hot 100 chart for 38 weeks, peaking at No. 4, earned Farris a nomination for the Grammy Award for Best Female Pop Vocal Performance, and DuVall won an ASCAP Pop Music Award for co-writing the song in 1996.

In 1987, DuVall formed the Final Offering with vocalist Randy Gue (a former Neon Christ roadie), Corrosion of Conformity bassist Mike Dean and drummer Greg Psomas. However, Psomas’s heroin habit hindered them from working consistently. Dean would go back to work with Corrosion of Conformity; Psomas died of an overdose in 1994.

In 1983, DuVall helped found the controversial Atlanta-based hardcore punk band Neon Christ, contributing guitars and lyrics to the band’s albums. Other members of this band were vocalist Randy DuTeau, bassist Danny Lankford, and drummer Jimmy Demer. Neon Christ had strong ties to hardcore luminaries Corrosion of Conformity and Bl’ast. With a couple of short East Coast tours and two albums, the politically-pointed band started gaining popularity. The band used its popularity to support many charitable causes including working to free Fela Anikulapo Kuti.

DuVall spent the late 1980s with a Jimi Hendrix-inspired band, No Walls. Other members of this band were jazz bassist Hank Schroy and drummer Matthew Cowley. DuVall gave a demo tape to Living Colour lead guitarist Vernon Reid backstage at a show on their tour with The Rolling Stones in 1989. Subsequently, Reid brought No Walls into the Black Rock Coalition fold and helped arrange some shows for them in New York. They also recorded a demo at Jimi Hendrix’s Electric Lady Studios in New York under Reid’s mentorship. No Walls released one self-titled album in 1992 and disbanded in the same year.

In the late 1980s, DuVall earned a degree in philosophy with an emphasis on religion from Georgia State University.

William Bradley DuVall was born in Washington, D.C. on September 6, 1967. His maternal grandmother was of Dutch, North African and Moors descent. When DuVall was 14 years old, he moved to Atlanta, Georgia with his mother and step-father, who had got a job in the city. 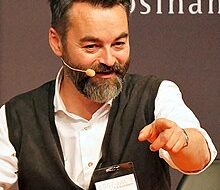 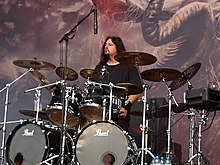 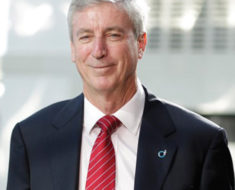 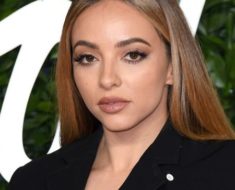 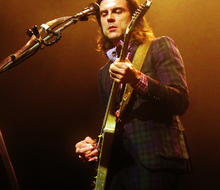